Christmas day is the only day of the year when I become a morning person! Every year I set my alarm nice and early in anticipation.

As my alarm went off, I jumped out of bed to find that Santa had been… 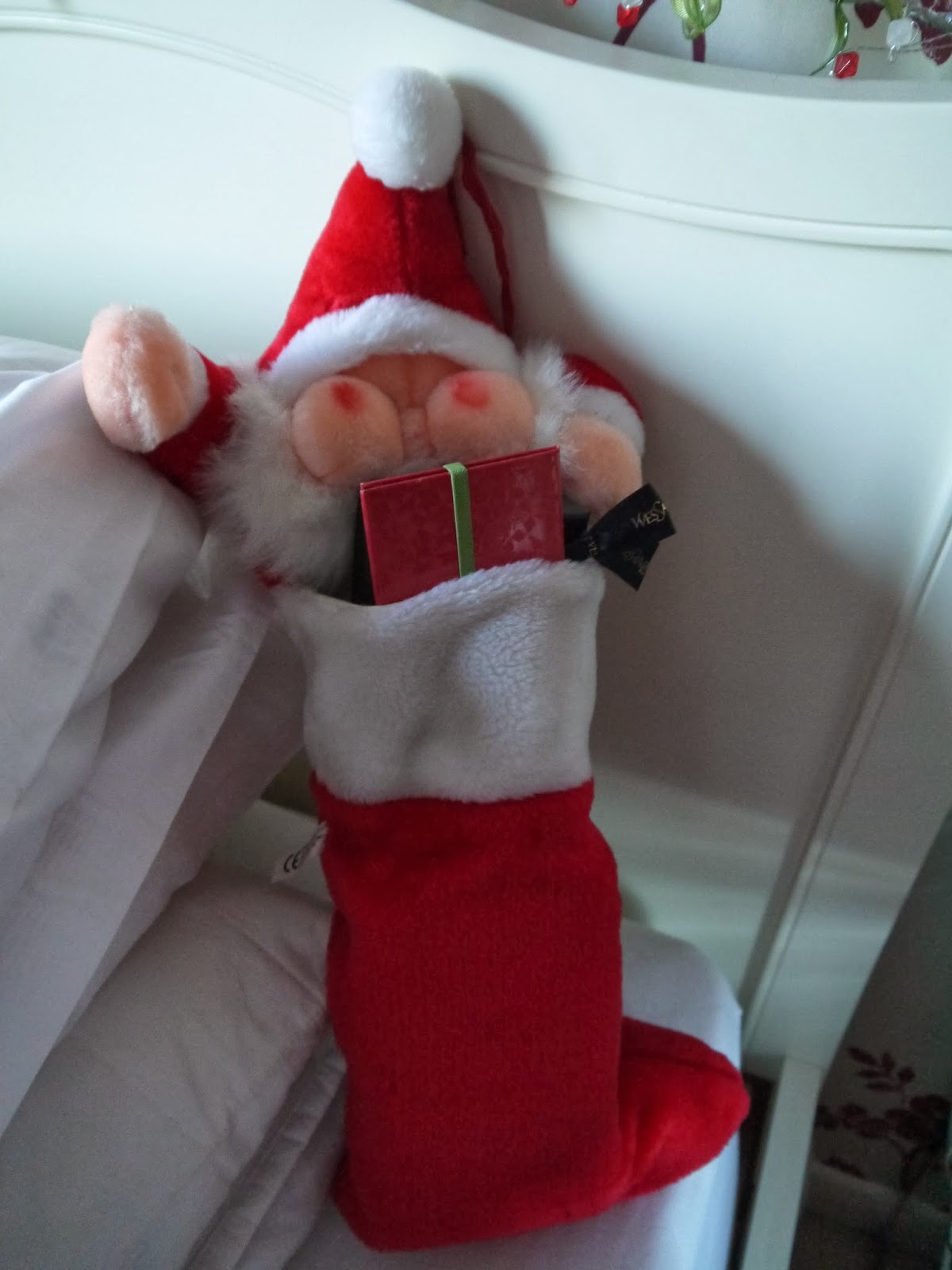 We opened a few presents in bed with some tea and biscuits whilst Coco burrowed into the mountains of wrapping paper, before heading downstairs. 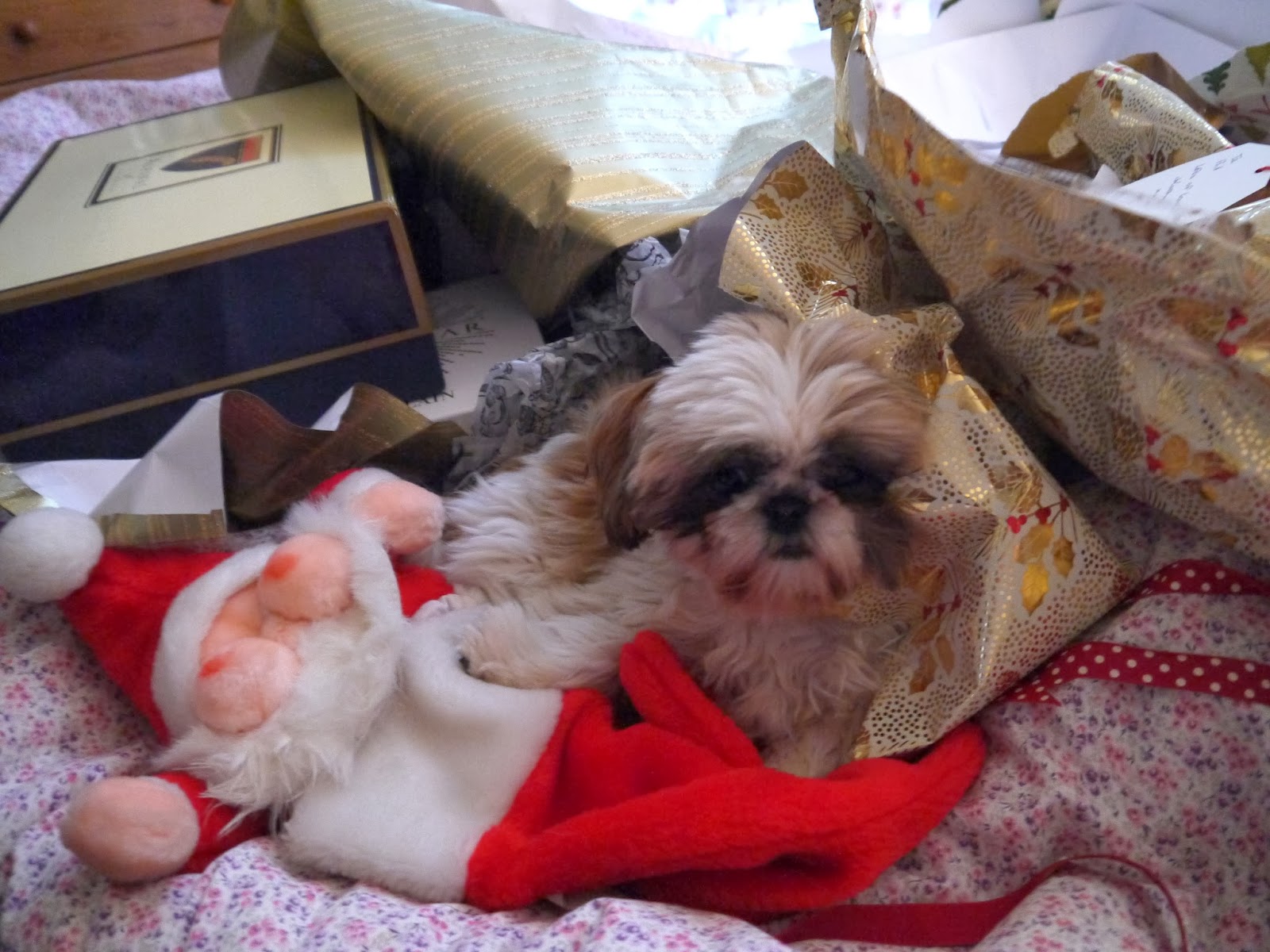 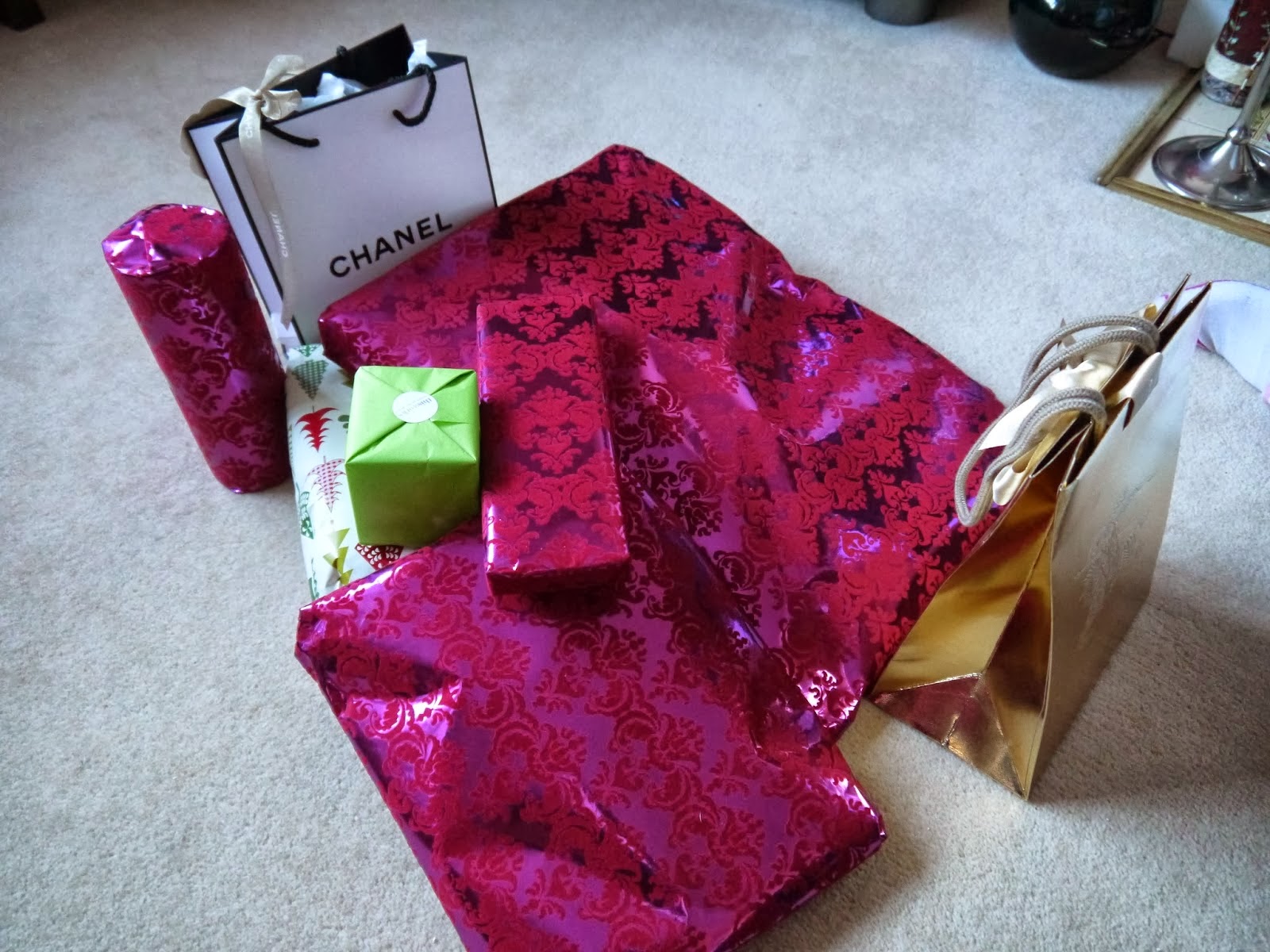 Frankie and Coco were obviously on Santa’s good list this year, as he left them a pile of treats and toys. He clearly knew they were diva dogs too, as he treated them to some After Dinner chocolate mints especially made for dogs. 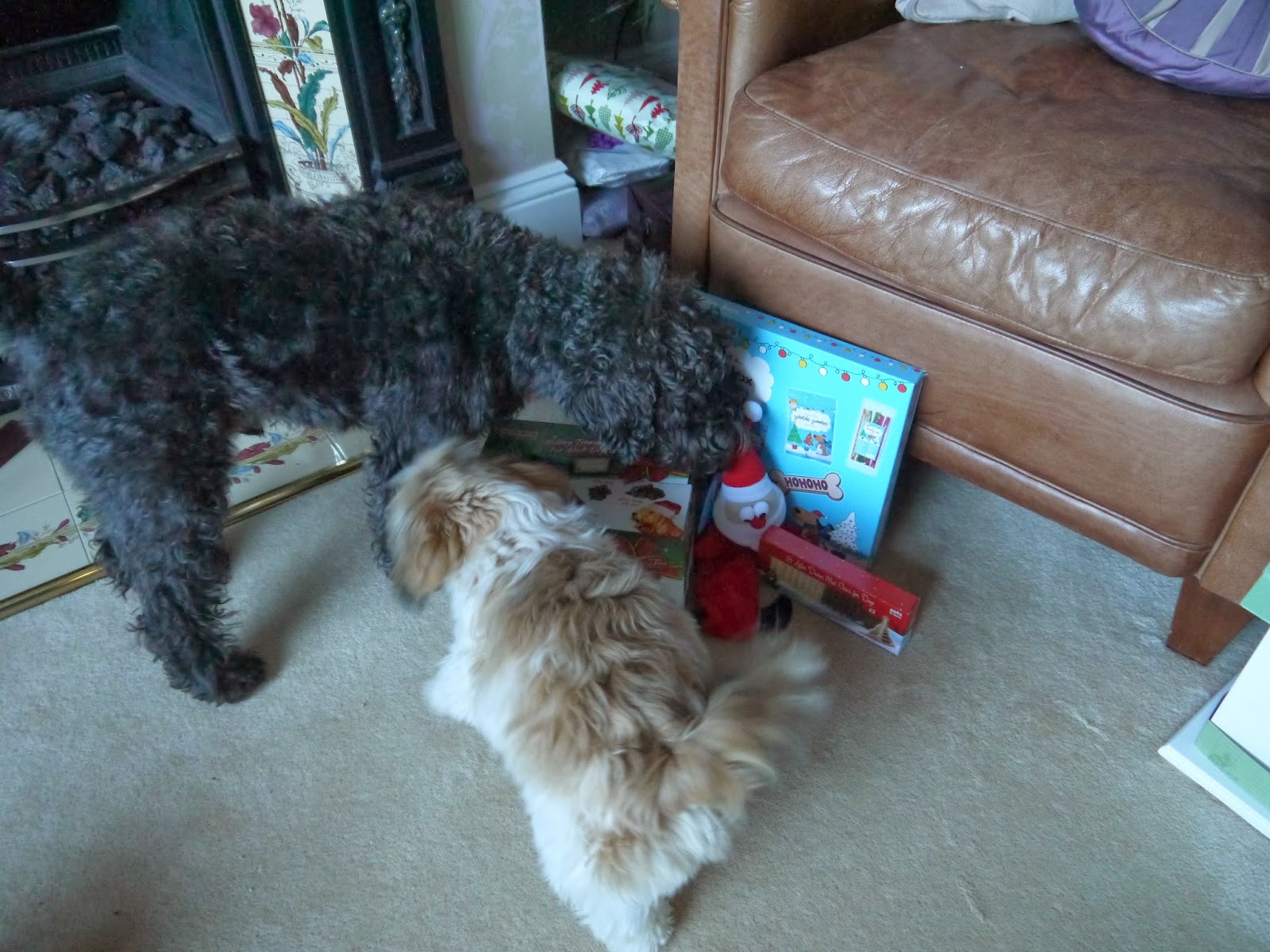 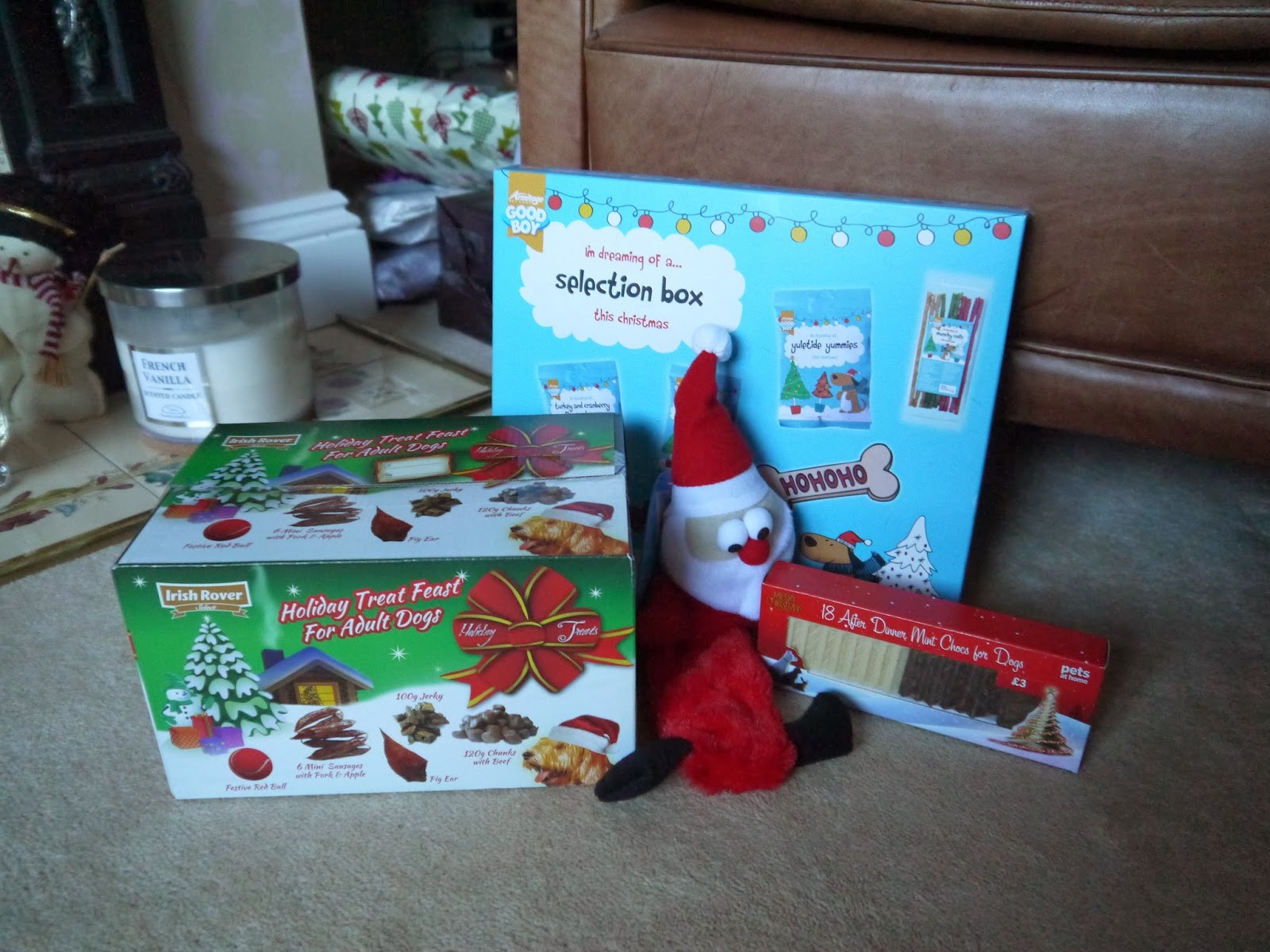 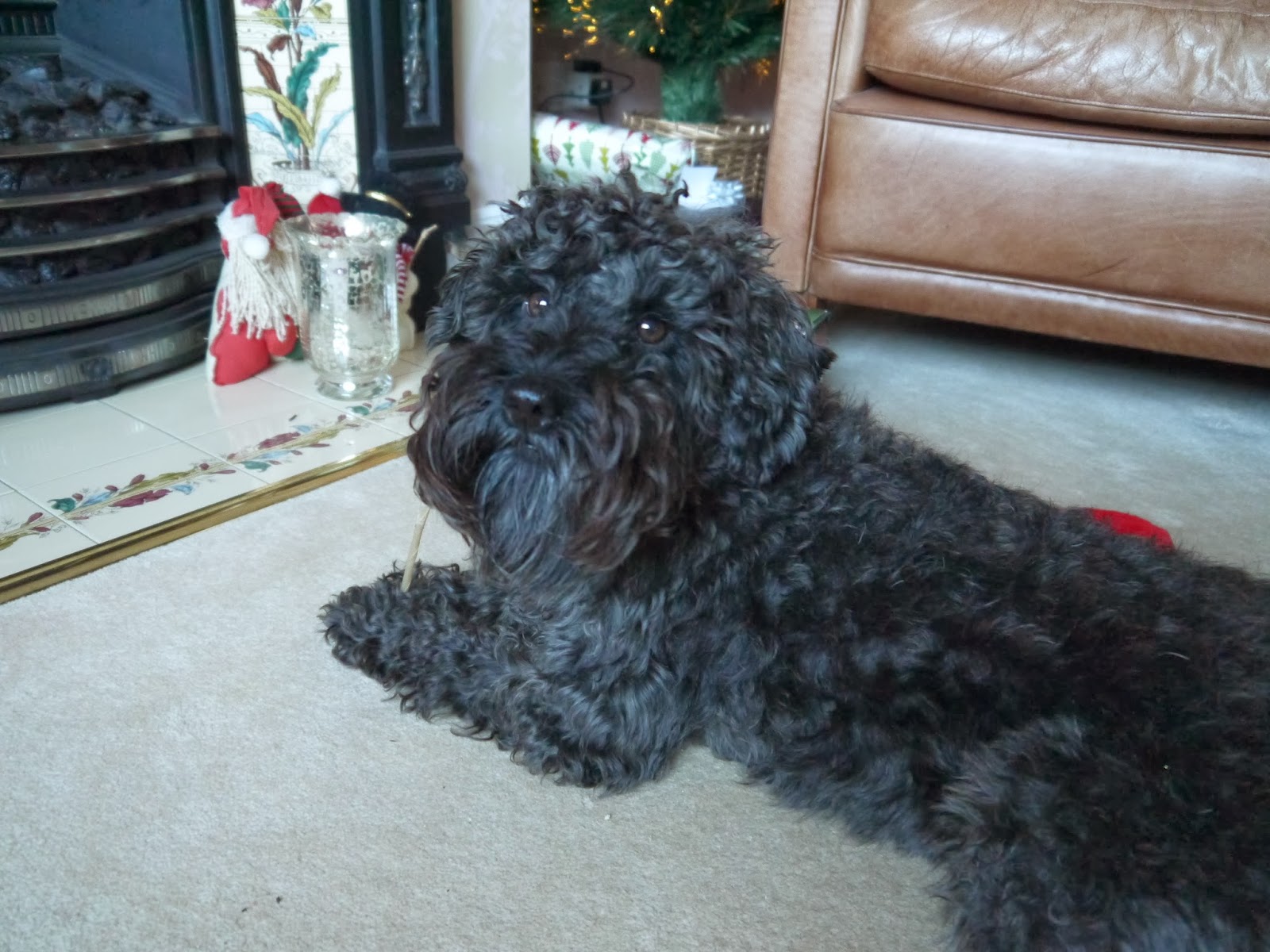 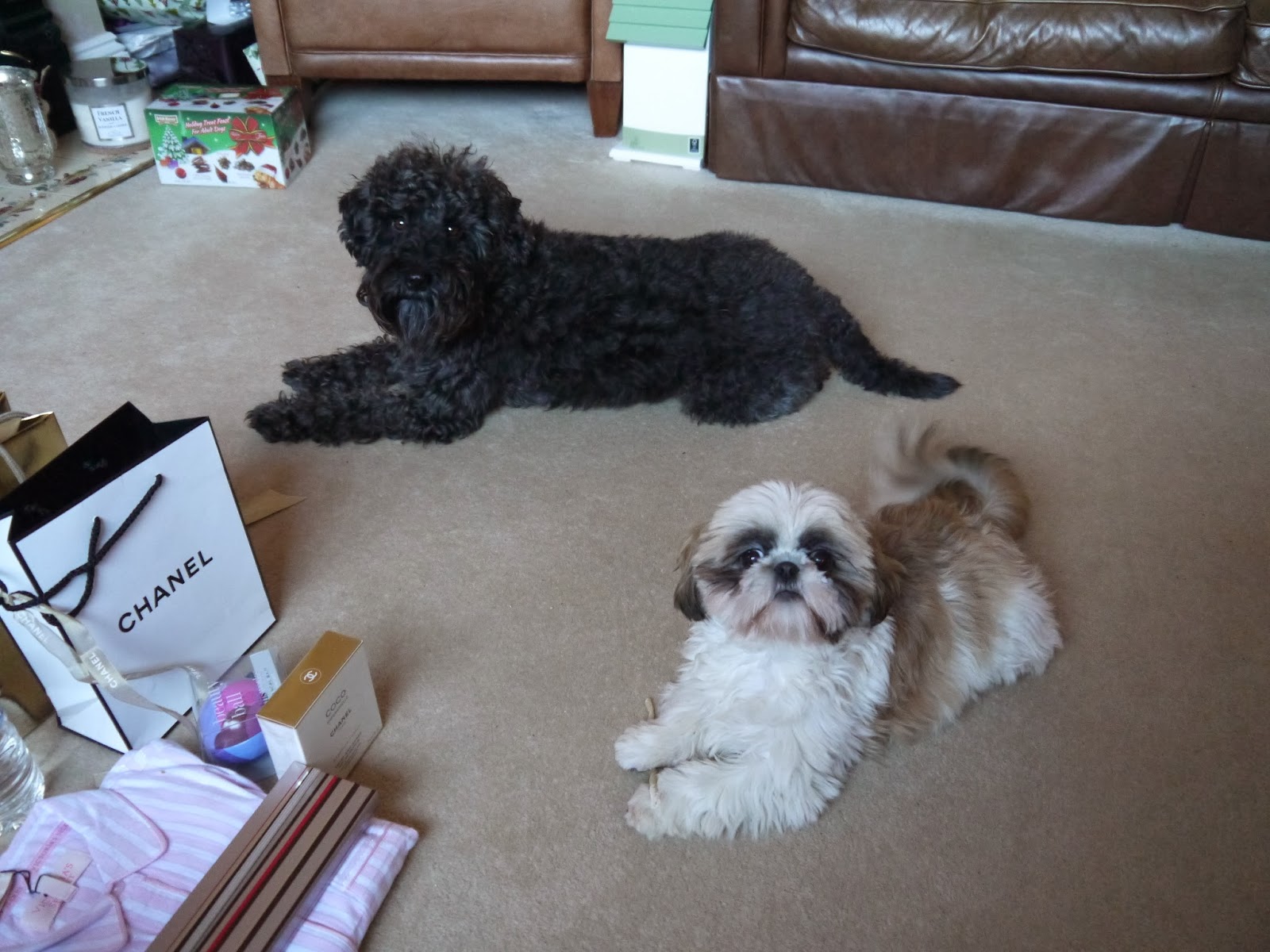 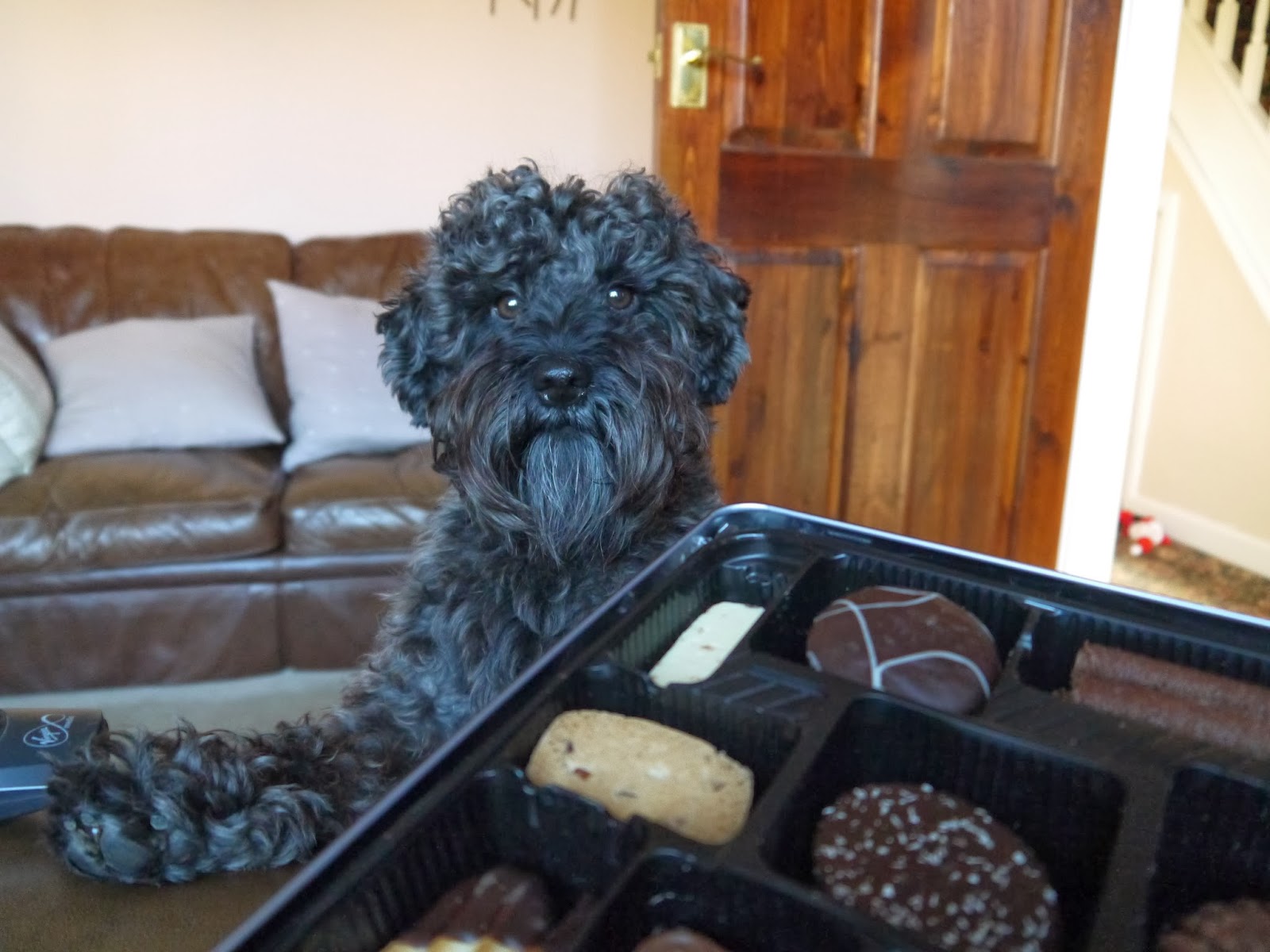 This year we decided to break tradition and eat out for a change, which is something we haven’t done as a family since I was very young.

We booked for a traditional four course Christmas luncheon at Orsett Hall in Essex. 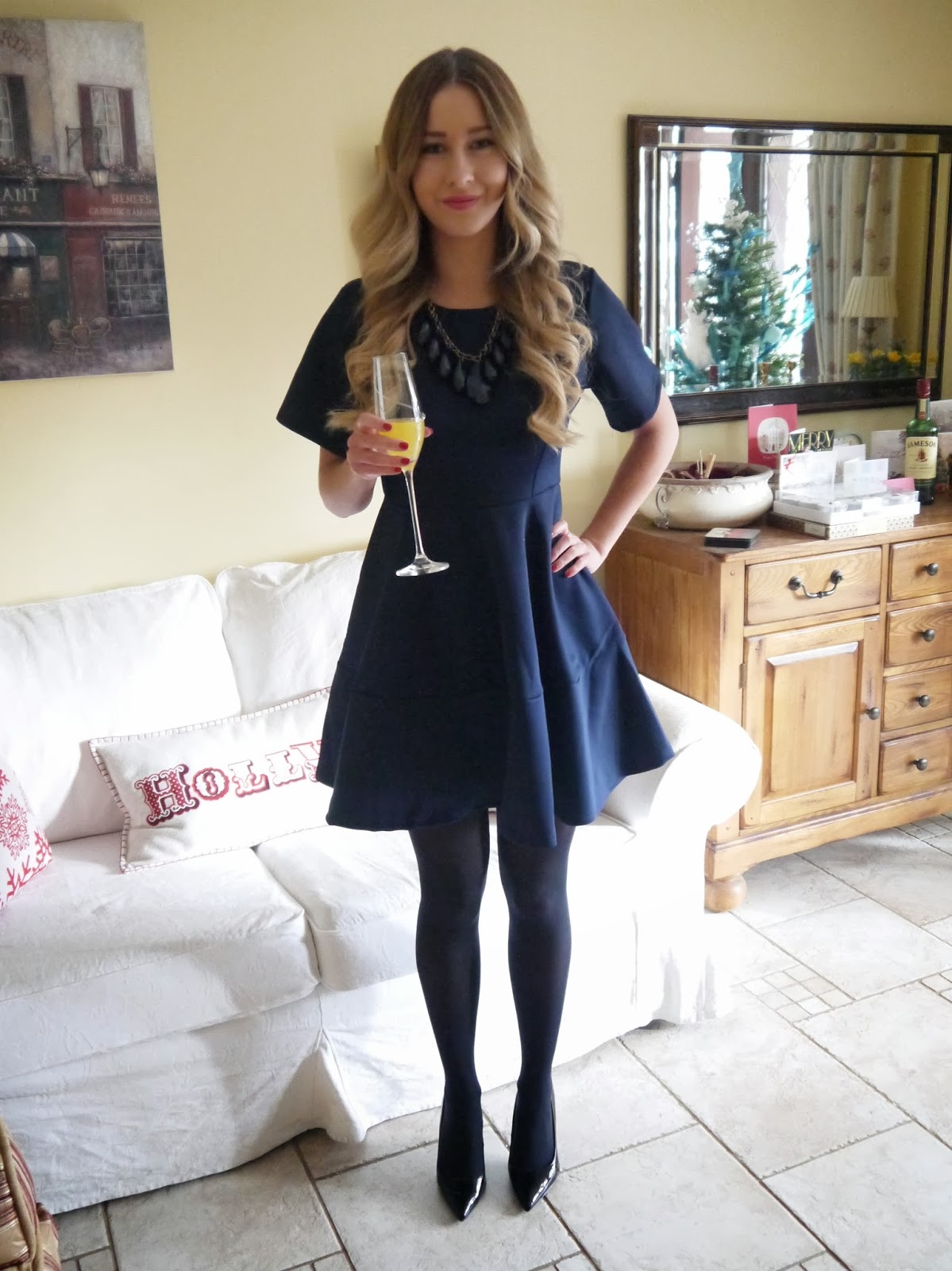 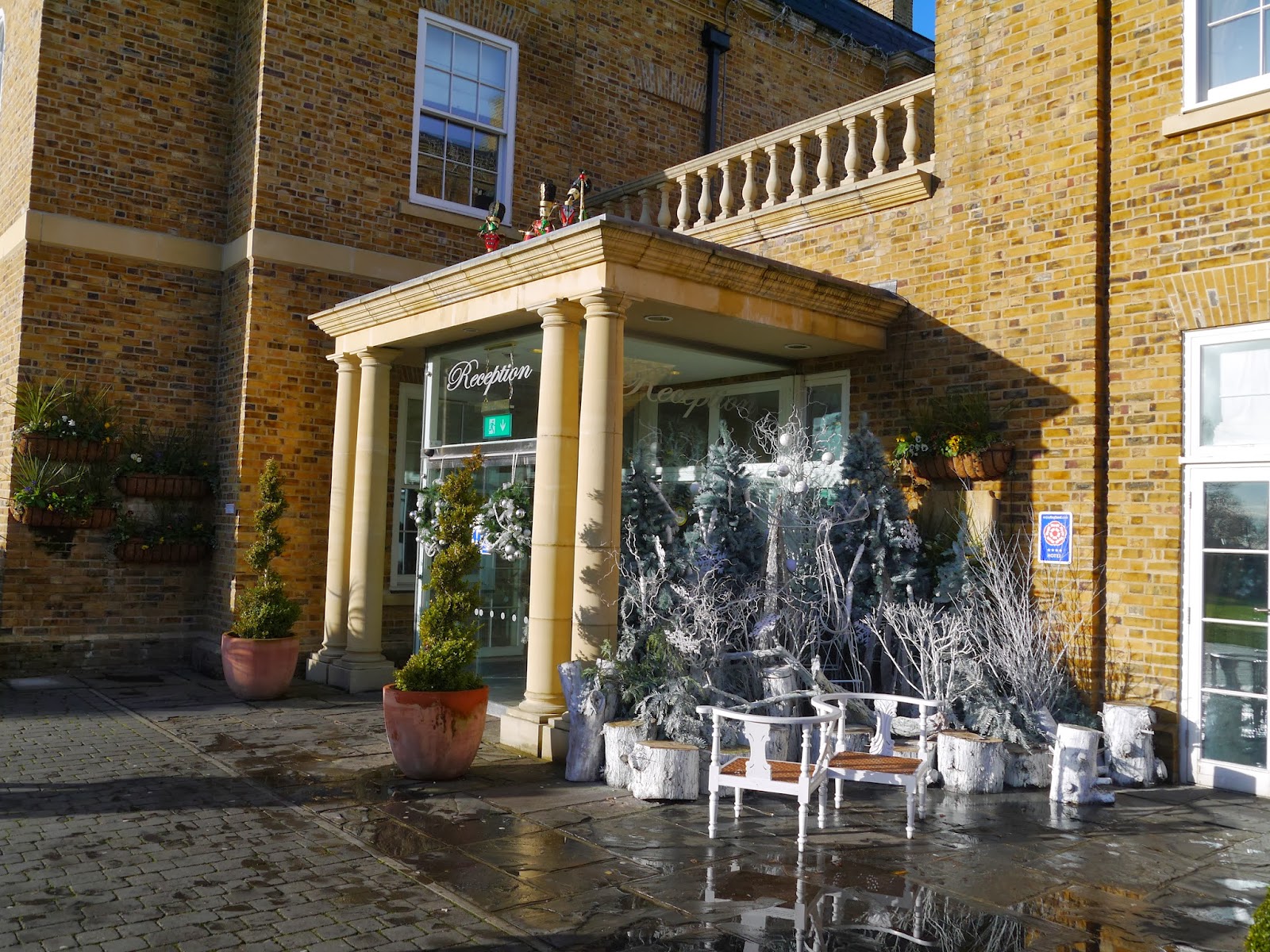 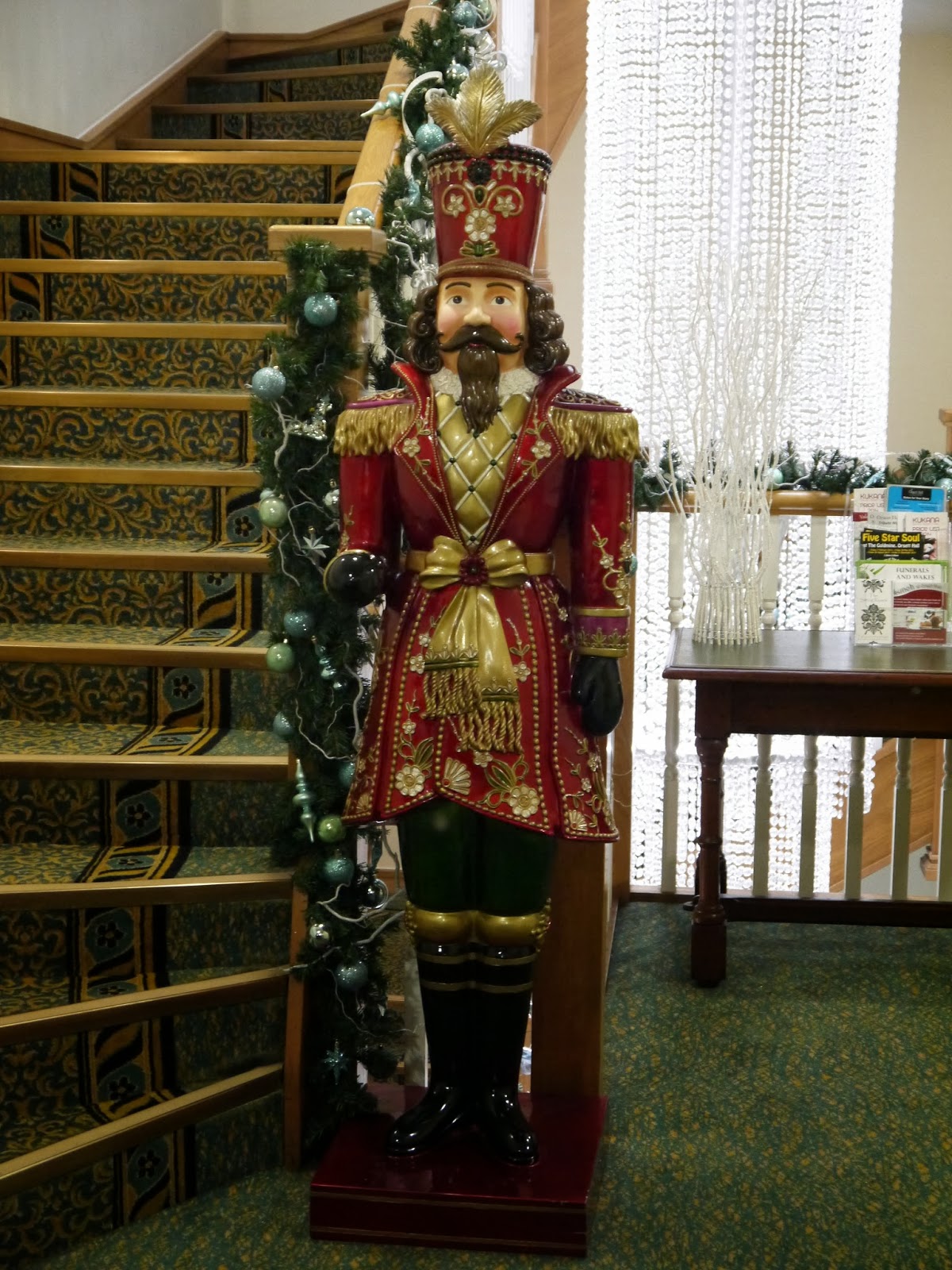 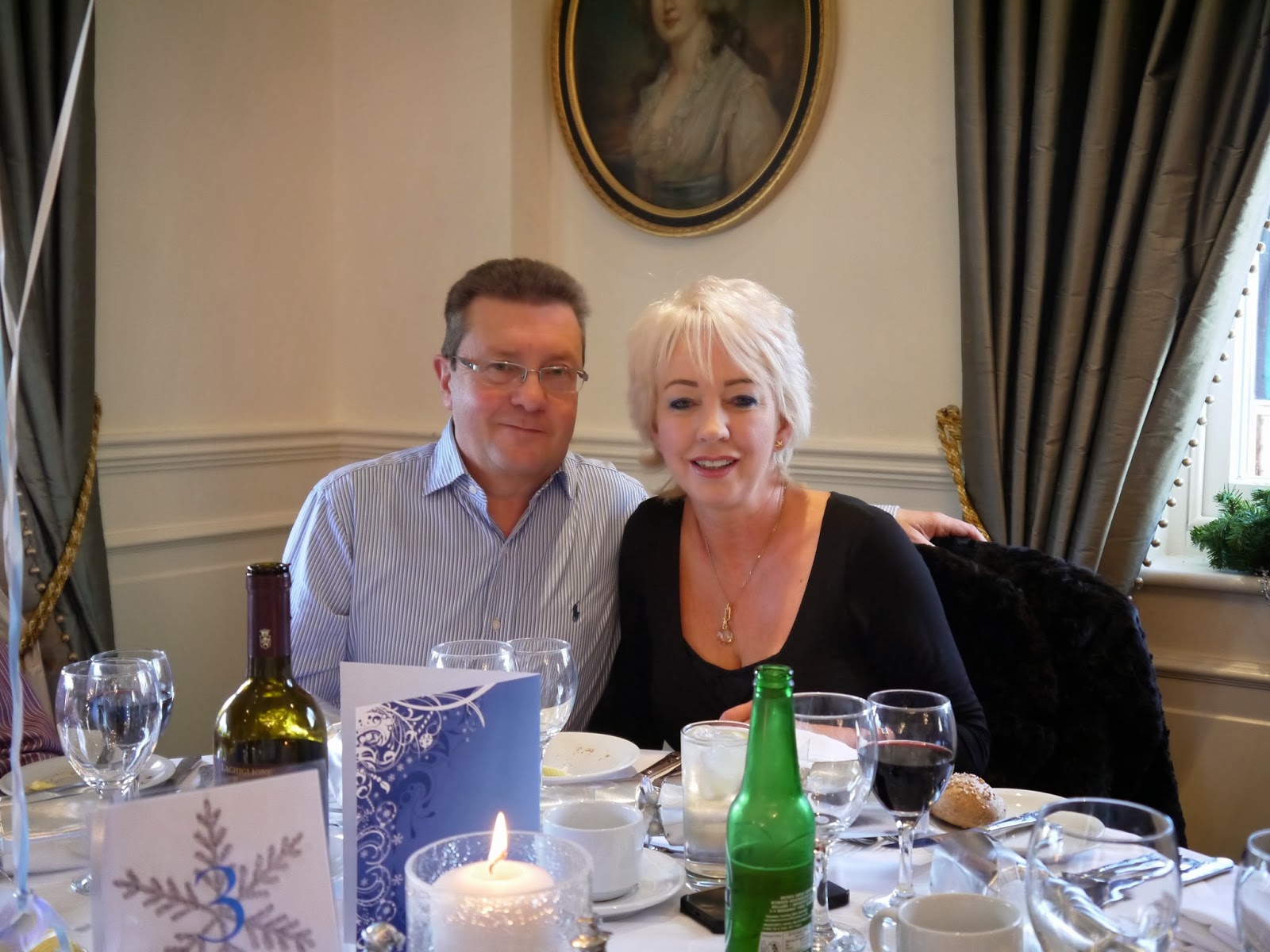 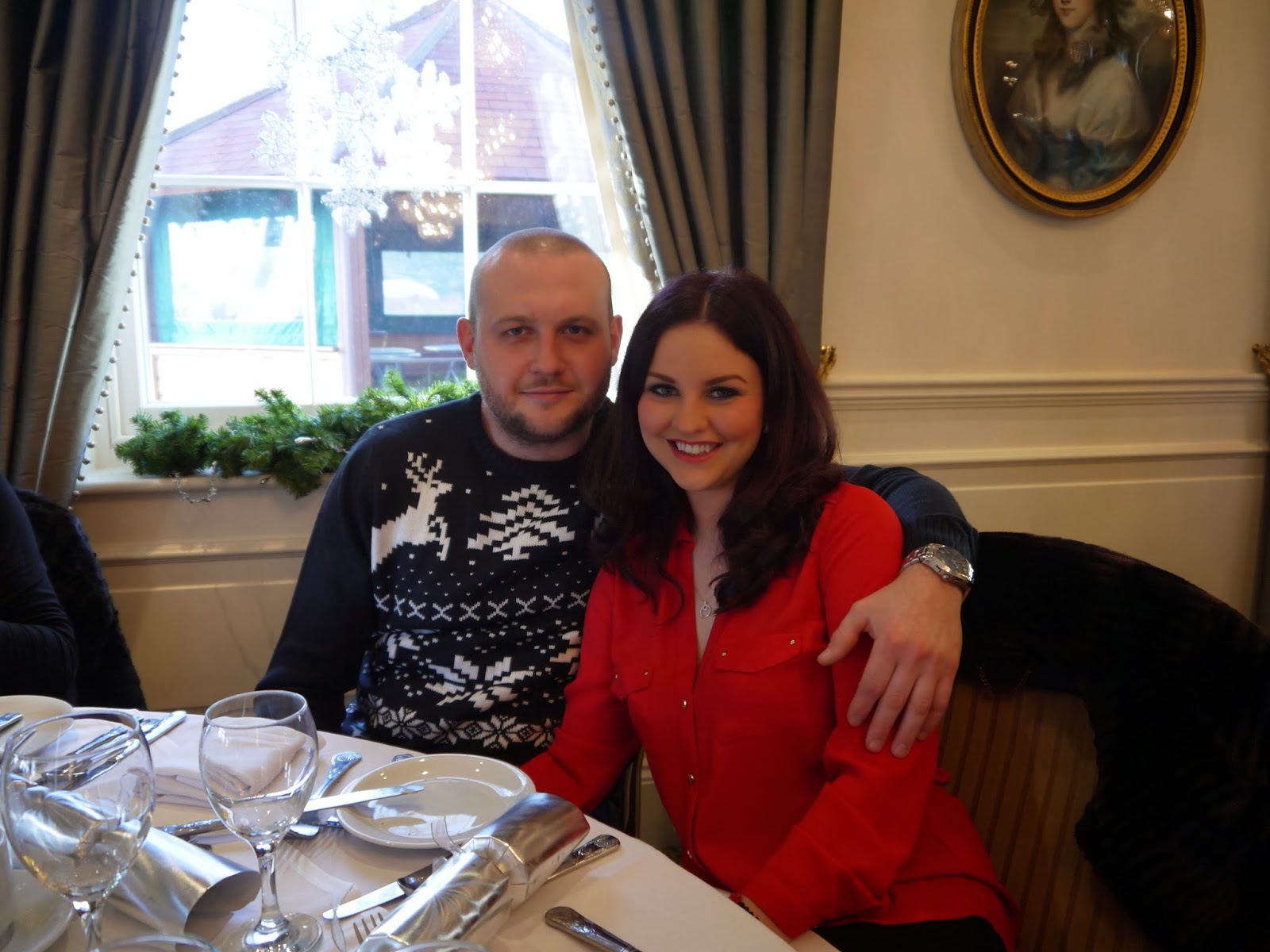 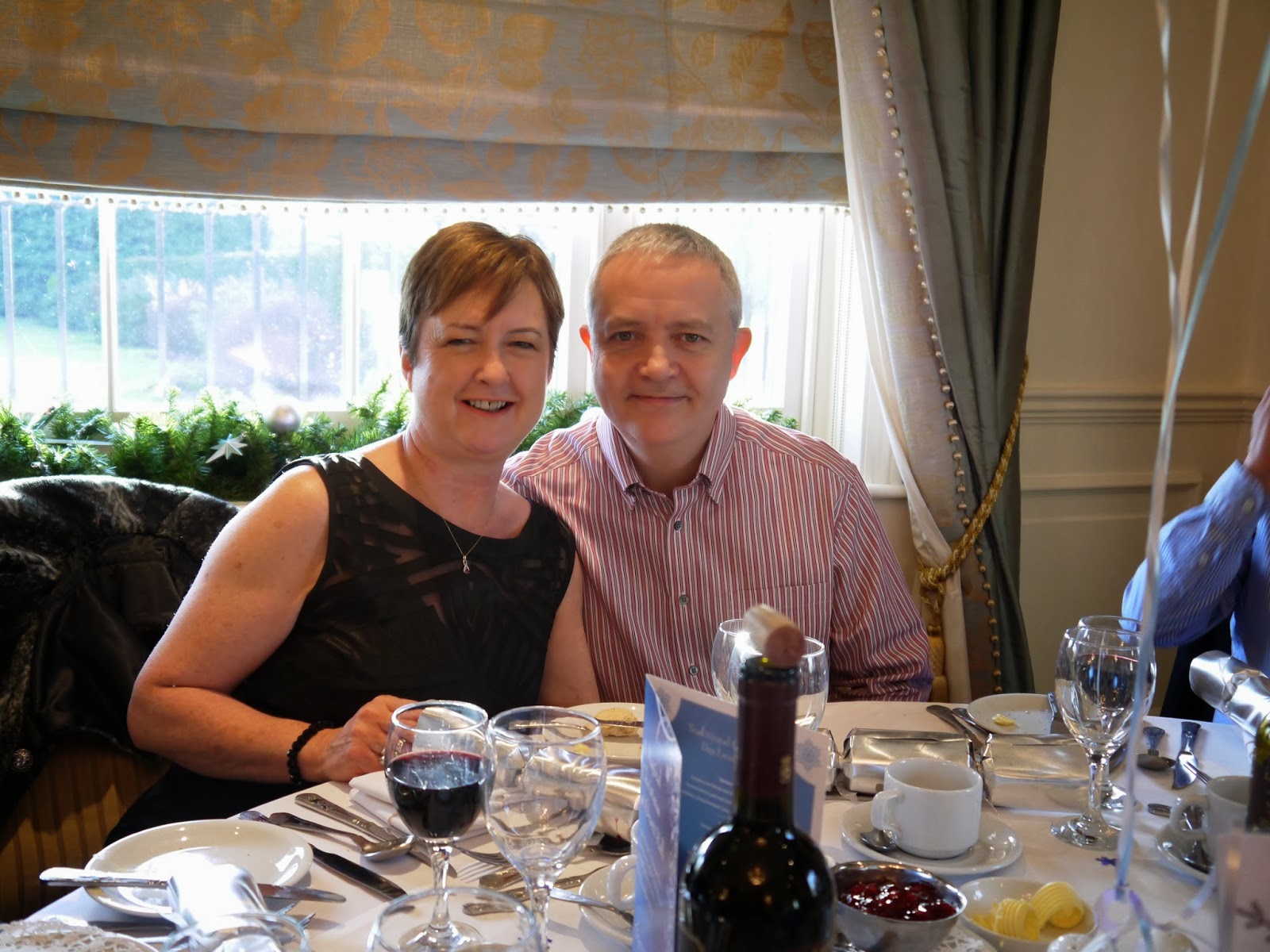 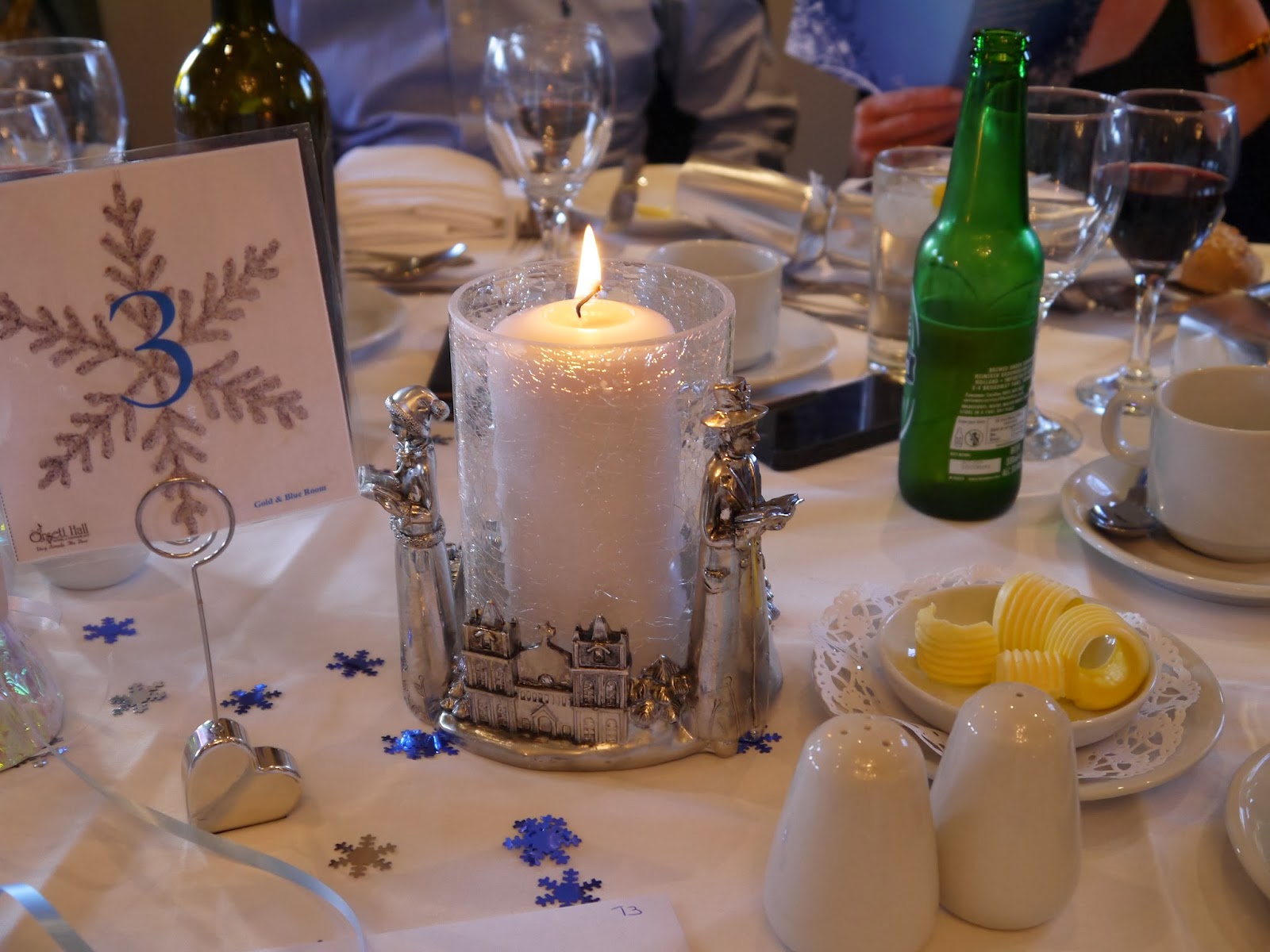 I had chicken liver parfait for starter… 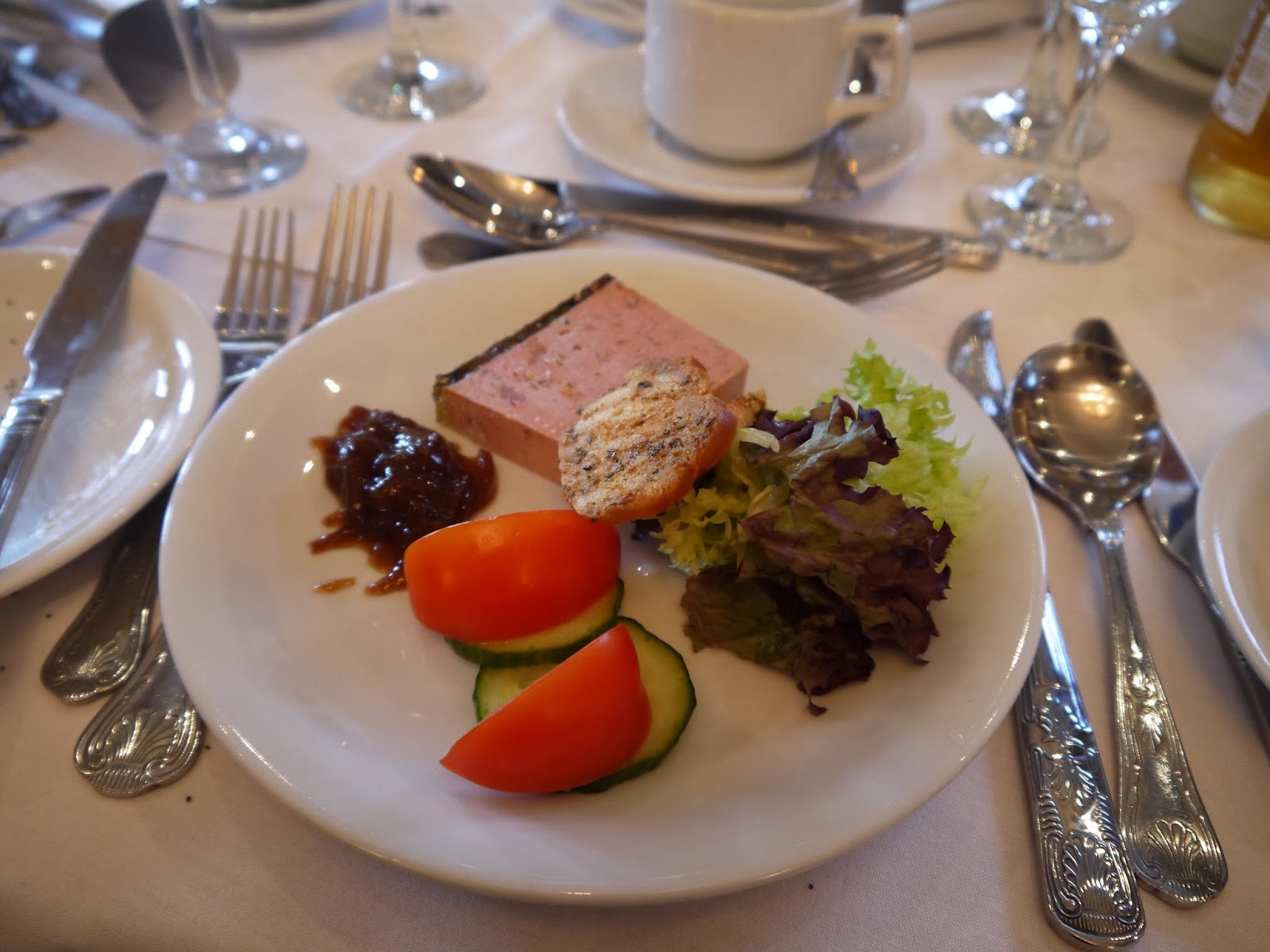 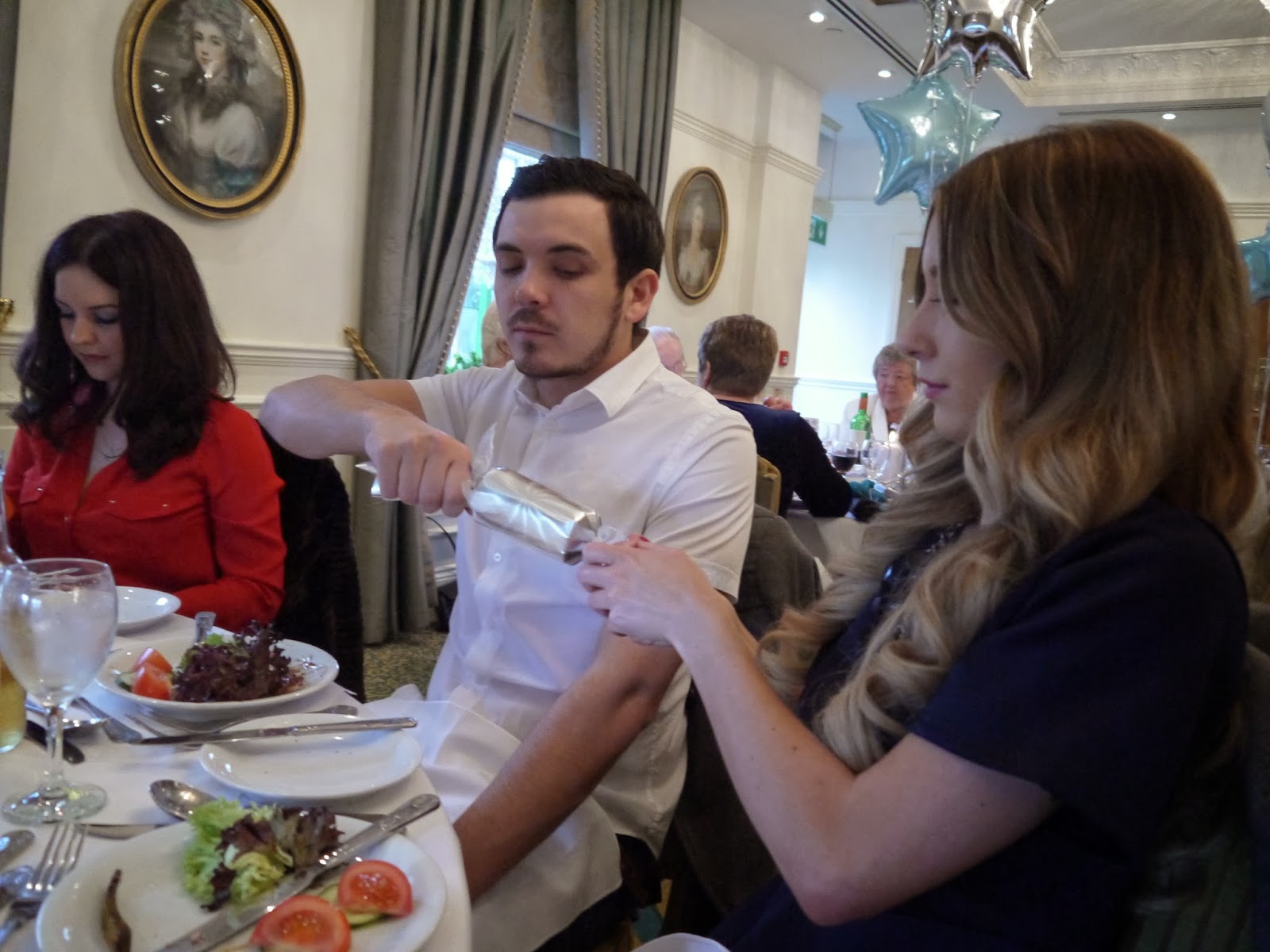 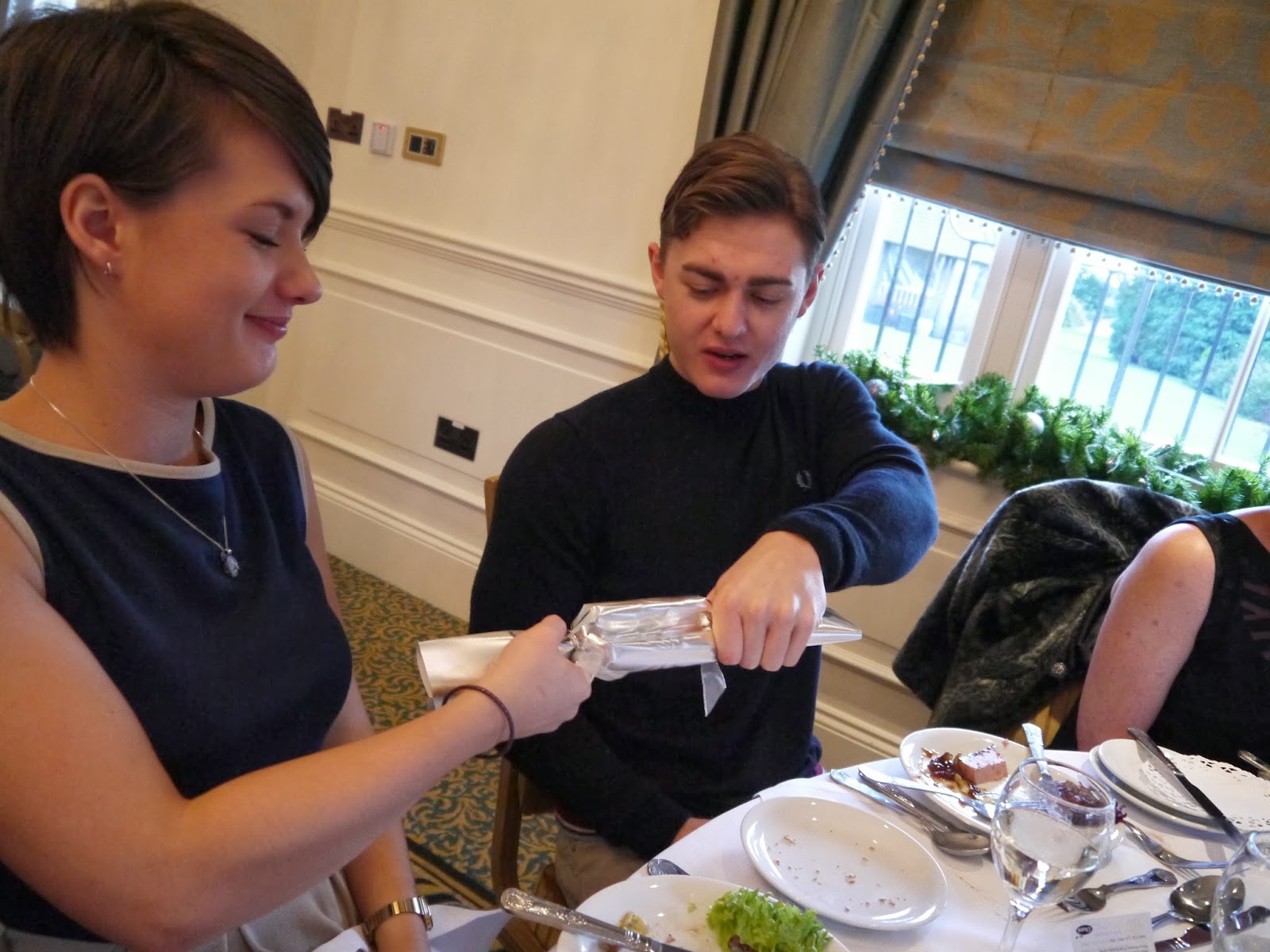 I couldn’t not choose turkey for main! It was nice, but wasn’t even slightly close to how amazing my mum’s roasts are, which kind of made me wish I was back at home tucking into one of them.

For dessert I had sticky toffee pudding followed by a cheese board and chocolate truffles were served with coffee at the end. 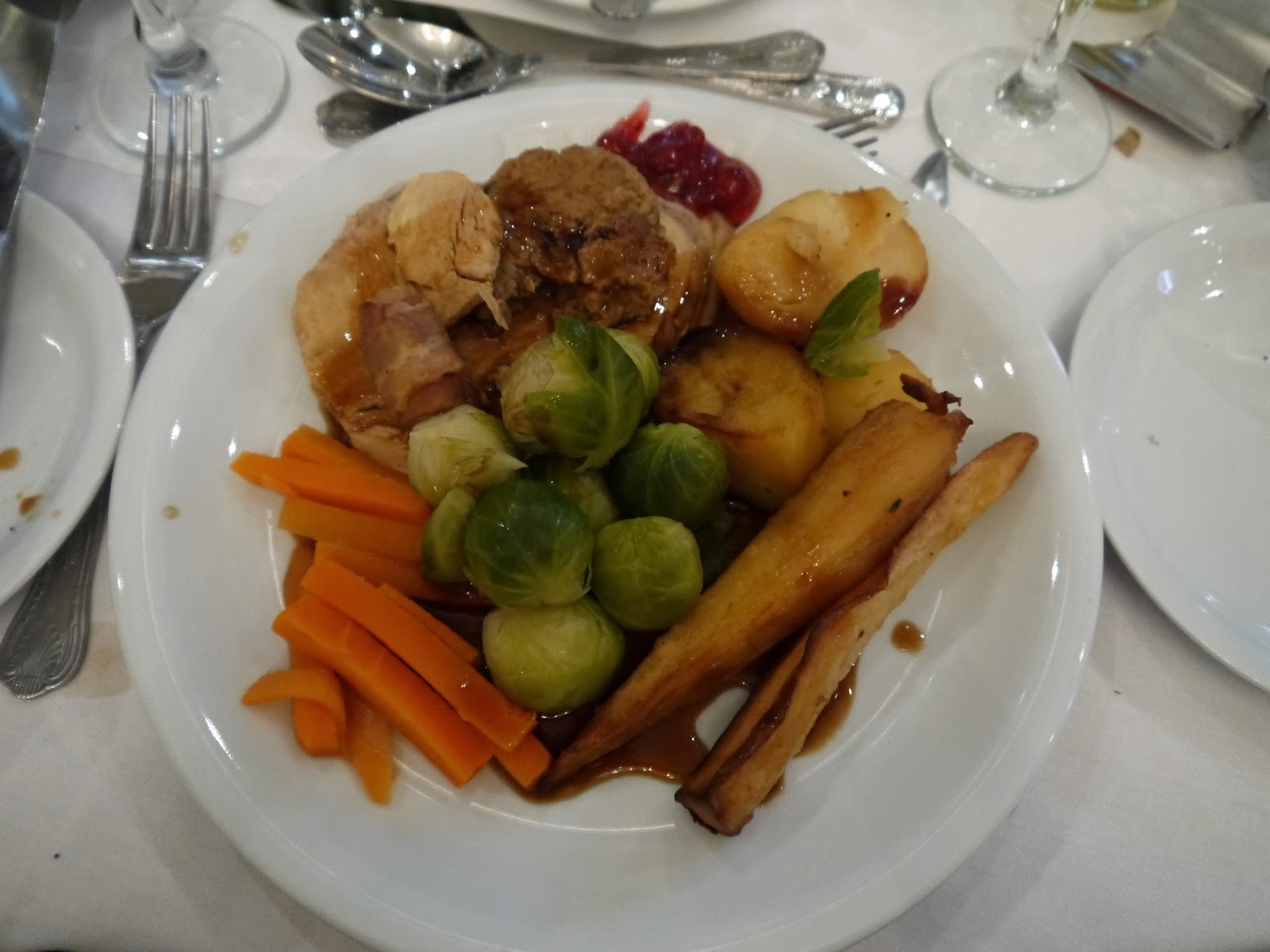 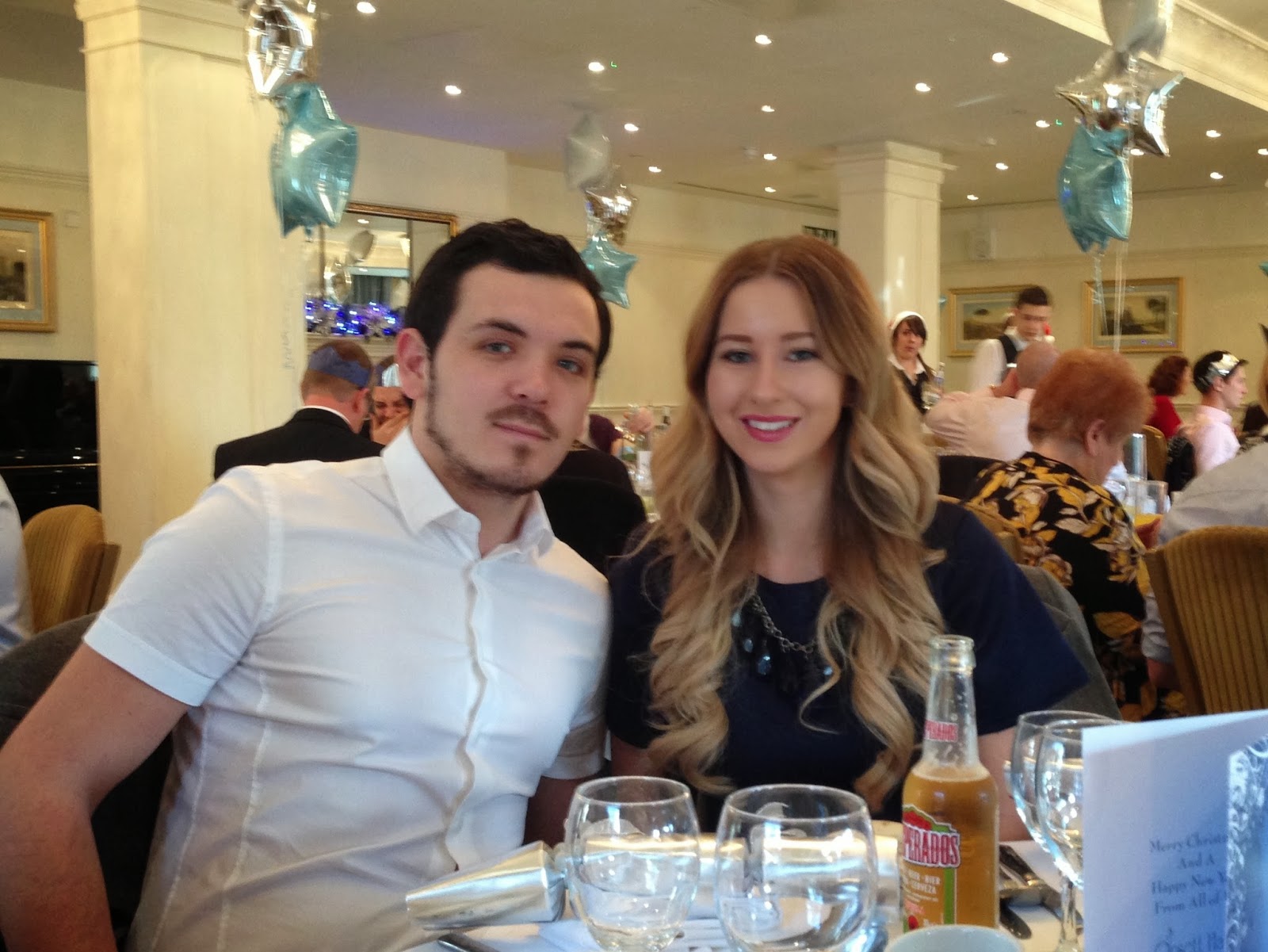 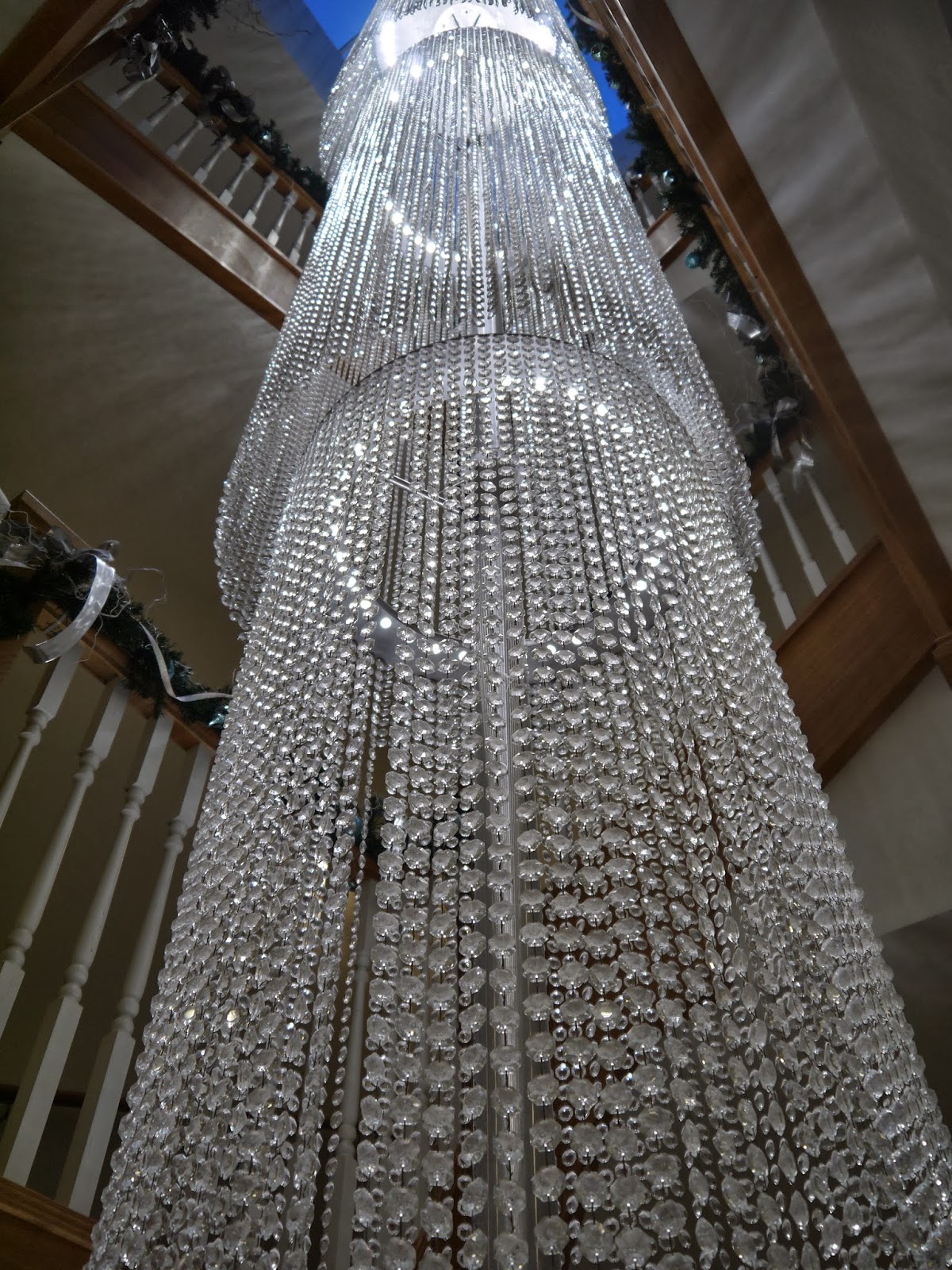 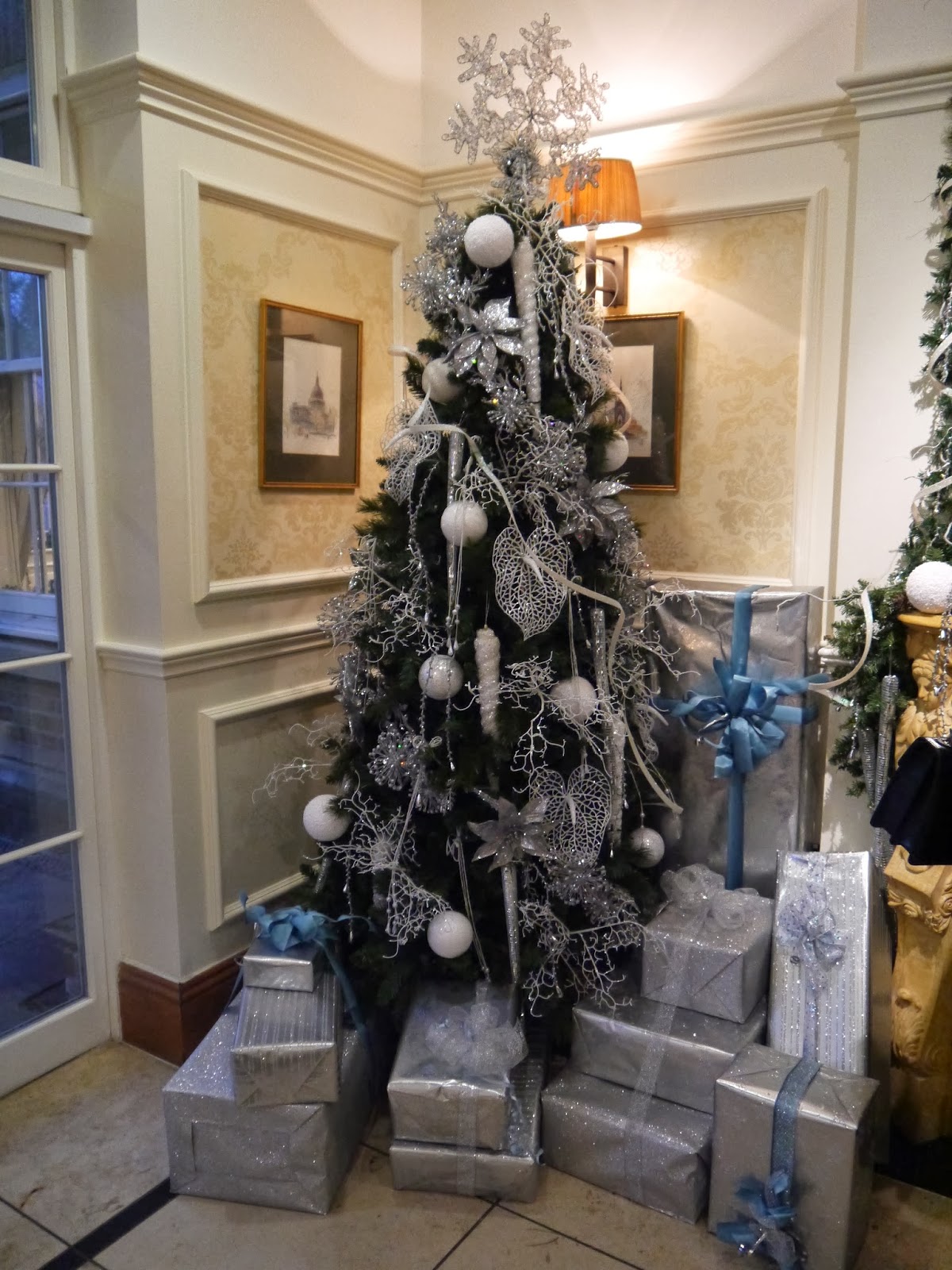 We left straight after our meal and all gathered at home where we were very close to falling into a food induced coma.

A certain somebody also hadn’t opened his presents yet… 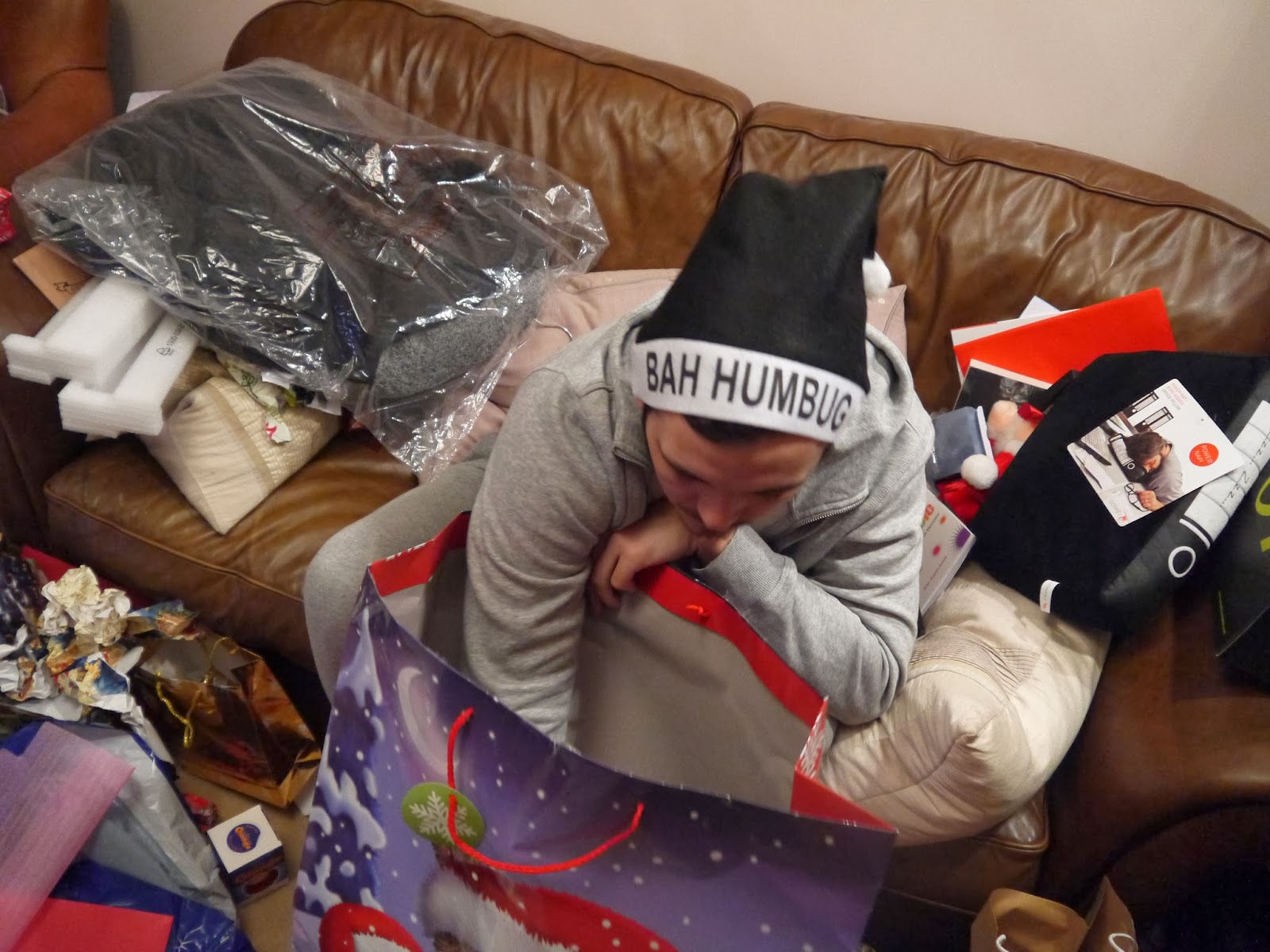 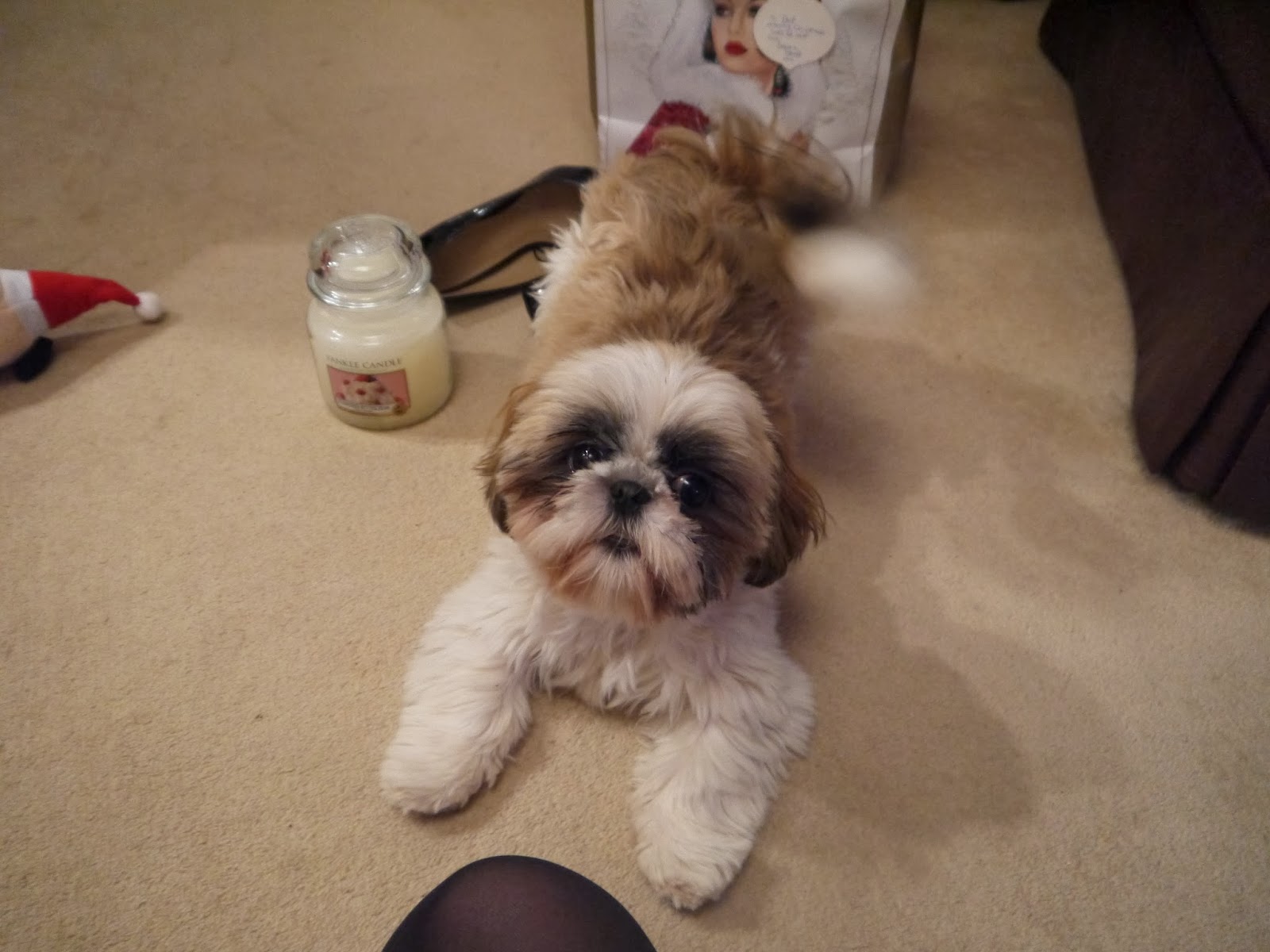 The rest of our day was spent surprisingly consuming more food and drink and generally enjoying each others company – this happens every year, I feel like I can’t look at another piece of food again, yet an hour later a full plate has somehow ended up on my lap – totally not complaining though!

We also played some Articulate, and this little girl managed to join our team. We won, naturally. 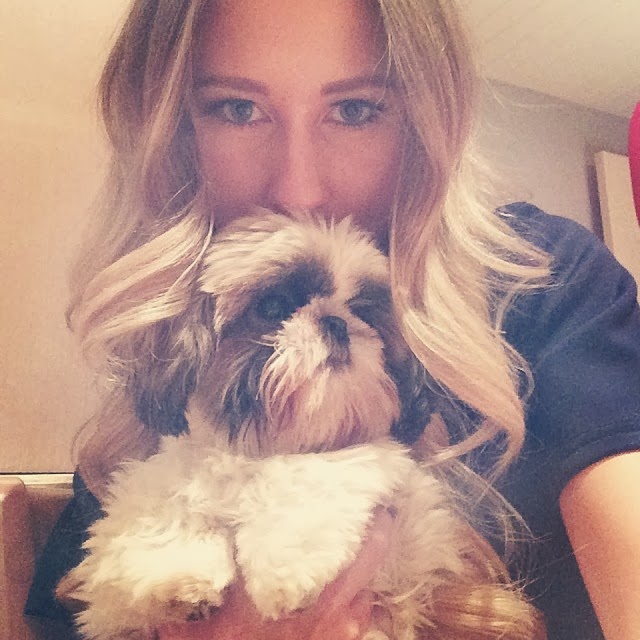 I finally fell into bed at around 1am, ready to do it all again on Boxing Day…