Shake Shack was born from a tiny hot dog cart in Madison Square Park. The cart was an instant success and became so in demand that in 2004, after being awarded the contract to create a permanent food kiosk in the park, Shake Shack officially opened.

The original Shake Shack in Madison Square Park is still there now, and you can view it on a live webcam here (love this!) so that if you live in the area you can “check the line to plan your time”, or if you’re simply just a nosy person (like me)!

Anyway, since 2004 they have opened several stores across the USA, the middle east, Turkey and finally, on the 5th July 2013, in London! Being a Shake Shack virgin I couldn’t wait to check it out so last week I headed down to Covent Garden with a couple of the girls to get our burger fix. 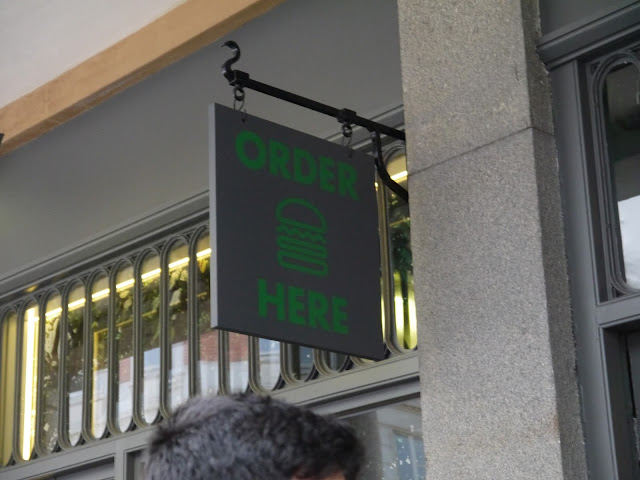 The food menu is simple. You have a choice of 5 burgers, (single or double) or a choice of 4 hot dogs. You can then choose either plain or cheesy fries.

Now for drinks, Shake Shack are famous for their amazing Frozen Custard shakes, which come in a choice of vanilla, chocolate, caramel, black & white and peanut butter.

They also have a choice of ‘Concretes’, which are made of dense frozen custard ice cream blended at high speed with a choice of 9 different mix-ins. How amazing does that sound?! 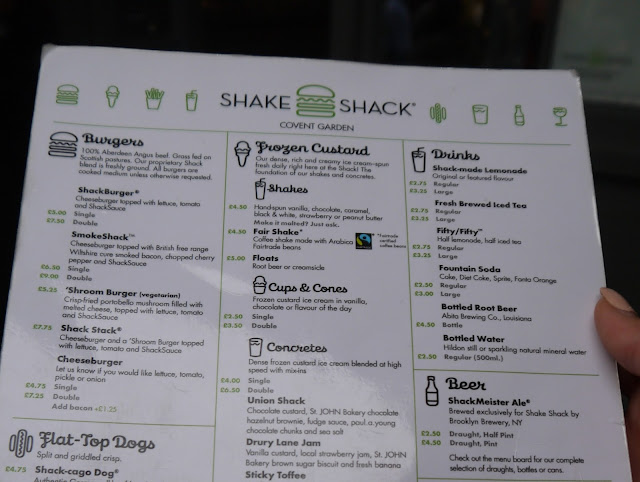 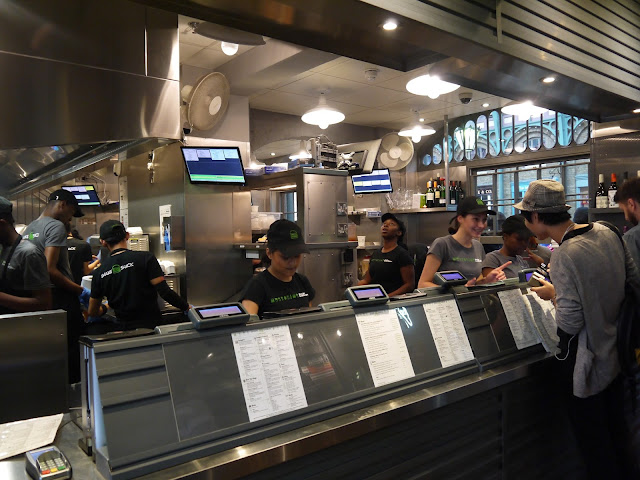 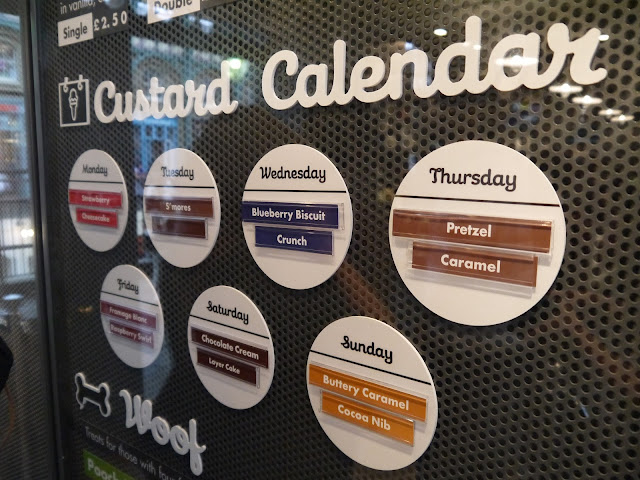 If you’d rather alcohol over milkshakes, you have a choice of different beers, red/white wine and Prosecco from their mini-bar. 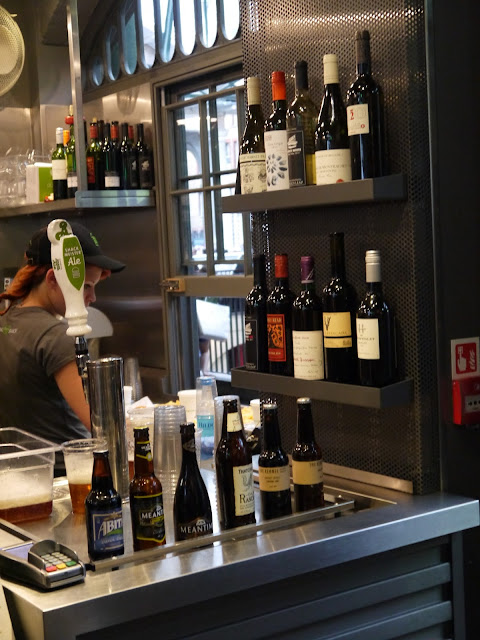 I love places that are dog-friendly and I’m so glad it’s becoming more popular in London! Bring your furry friend down to Shack Shake and treat them to some red velvet dog biscuits in peanut butter sauce and vanilla custard (which sounds good enough for us to eat!) Or if you’re in a rush, pick up a “Bag O’ Bones” which consist of 5 red velvet biscuits to bring home to your pampered pooch. 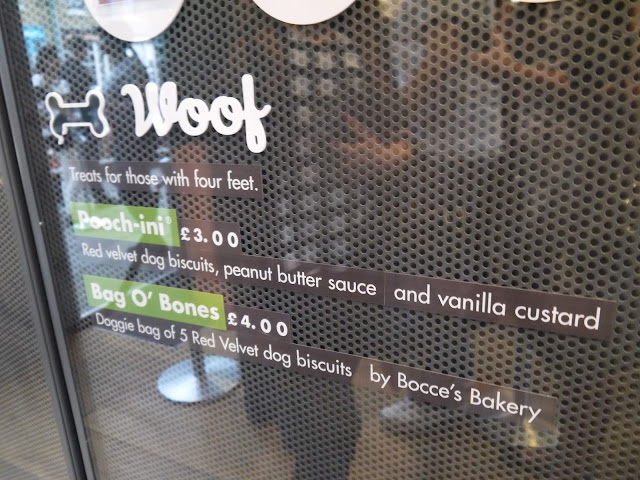 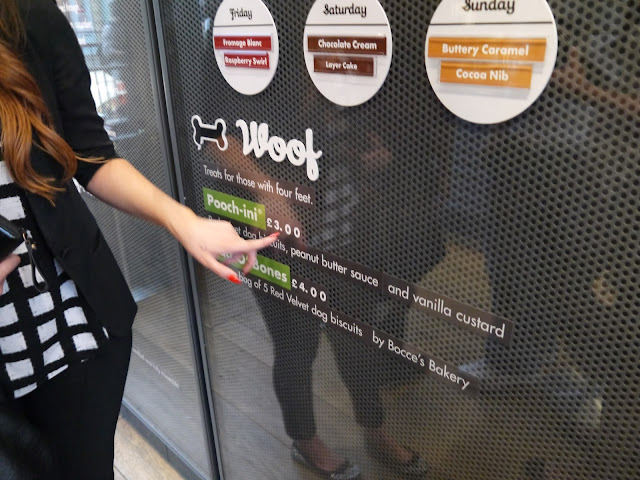 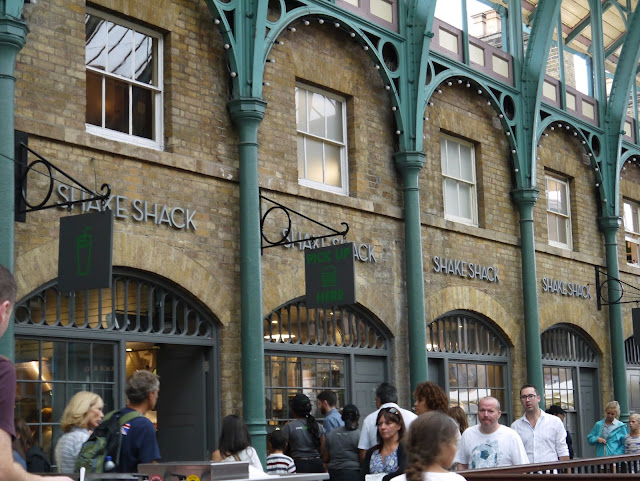 Ellise opted for the Shakemeister Sausage, topped with cheese sauce and crispy Shakemeister Ale marinated shallots. The rest of us had the classic ShackBurger and we all had cheesy fries. I washed mine down with a glass of red. 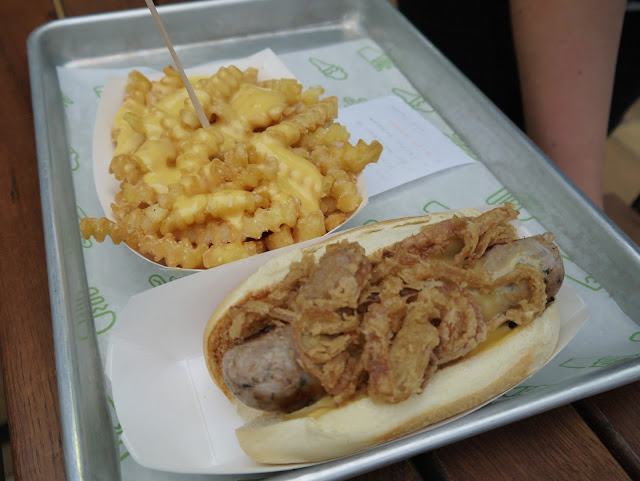 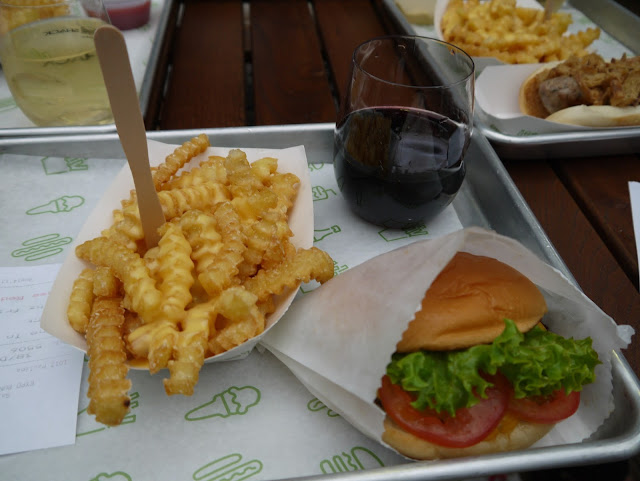 Perfect for a quick lunch in between shopping, a catch up over some seriously good food after work or if you simply love American style burgers/hot dogs/milkshakes and you want to see what all the fuss is about.

Prepare to queue for a while, because even though it’s only been open a little while it’s already seriously in demand, but trust me, it’s worth the wait!

If you don’t fancy moving far after your meal, do what we did and head around the corner to Punch & Judy Pub for a glass of wine on the terrace with a brilliant view of the performing artists in the middle of the square. 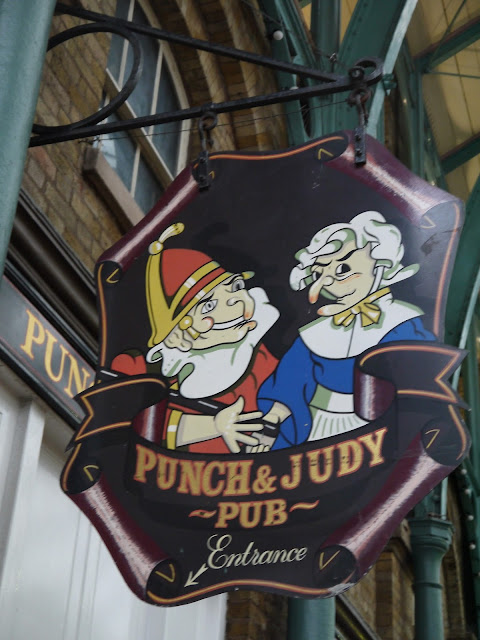