As I’ve mentioned previously, one of my resolutions this year was to up my photography game. And so far, I feel my photos have improved dramatically since the beginning of the year (if I do say so myself!), but there is also room for a lot of improvement, and I’m working on it! I’ve attended photography workshops, invested in a new camera, various lenses and accessories.

I’m off to St Lucia in a few weeks, and I thought what better time to practice all the tips I’ve learnt so far with my new gadgets, in the hope of taking some gorgeous snaps for my blog and Instagram along the way.

Before I jet off, I wanted to share with you the gear I will be taking with me.

I’ve also rounded all the bits up to show you them up close in a video at the bottom of this page and over on my YouTube channel, so click here to check that out and don’t forget to subscribe! 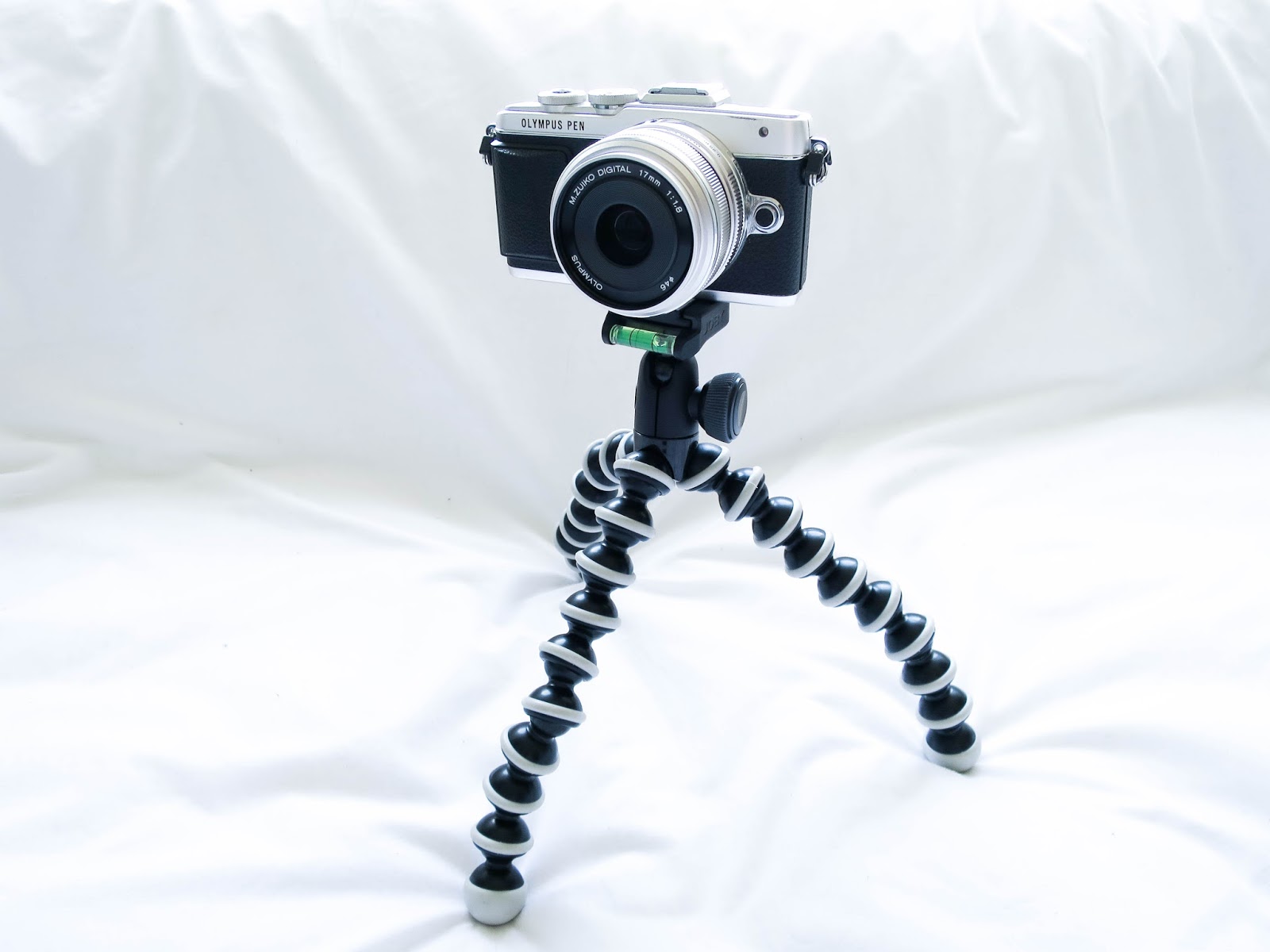 My go-to camera is the Olympus PEN EPL-7. I have been using this camera since the beginning of the year and I genuinely can’t believe it’s taken me this long to invest. I wish I had done it sooner!

It’s obvious why it’s known as the bloggers camera, due to the little details that just make our lives a lot easier! The flip out screen enables us to shoot that perfect selfie or flat lay quickly and effortlessly. The lenses are also detachable, which means you can build up a collection of different lenses to suit every occasion.

My second camera is the Canon S120. This is my vlogging camera and for a compact camera, (and it really is small) it’s brilliant! The footage is clear, smooth and pretty much everything you’d want in a vlogging camera. Casey Neistat (king of vlogging) actually even went as far as saying in one of his videos it’s the “almost perfect camera”. 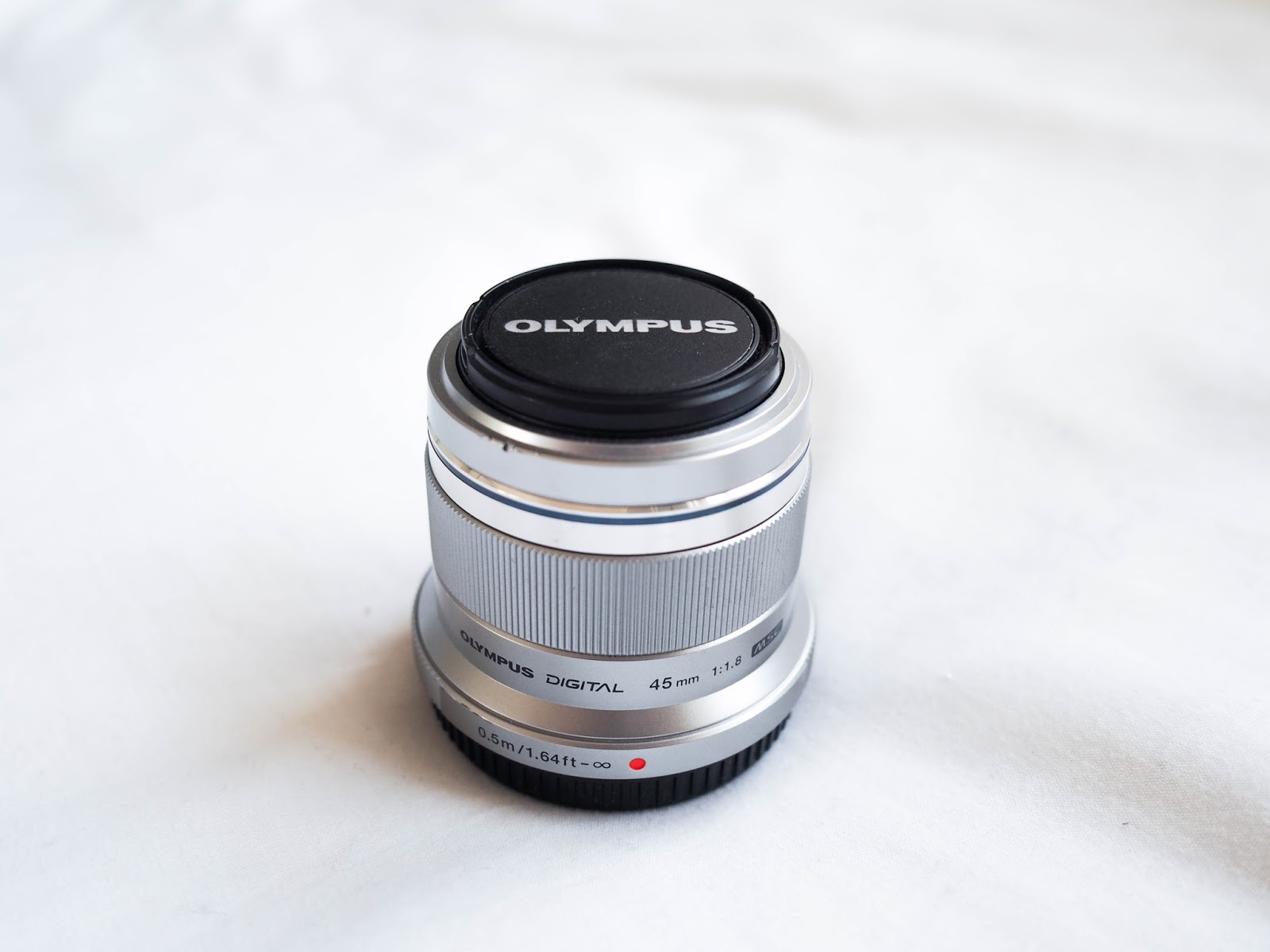 The PEN comes with a kit lens which is perfectly fine, but personally I very rarely use this one. I have two additional lenses that I alternate between.

1. The Olympus 45mm lens is perfect for portrait and outfit shots. It has a low 1.8 f stop which enables the subject to be crisp and clear whilst creating a lovely blurry background at the same time. The only downside to this lens is that it’s a zoom lens, therefore you need to be quite far away from the subject for it to be in frame. This isn’t a problem when taking outfit shots outside as space isn’t an issue, but at an event or in a restaurant it’s not very practical to have to stand back to get the shot. 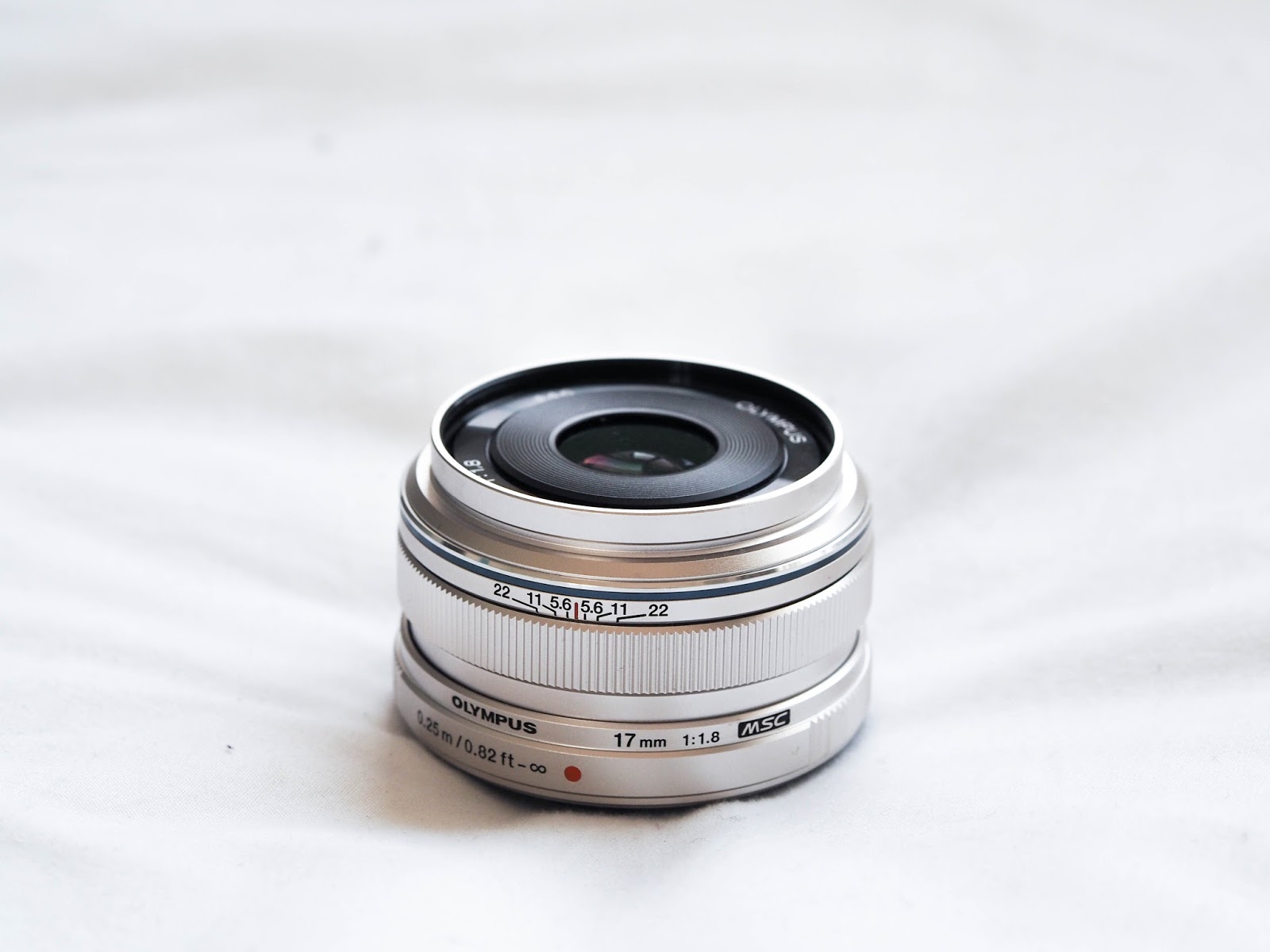 2. The Olympus 17mm lens is my ultimate favourite and it’s the one that’s attached to my camera the majority of the time. The very low 1.8 f stop (the lower the f stop, the blurrier the background) creates the dreamiest of backgrounds, and it isn’t a zoom lens so you can shoot up close without needing to step back to get everything in frame. 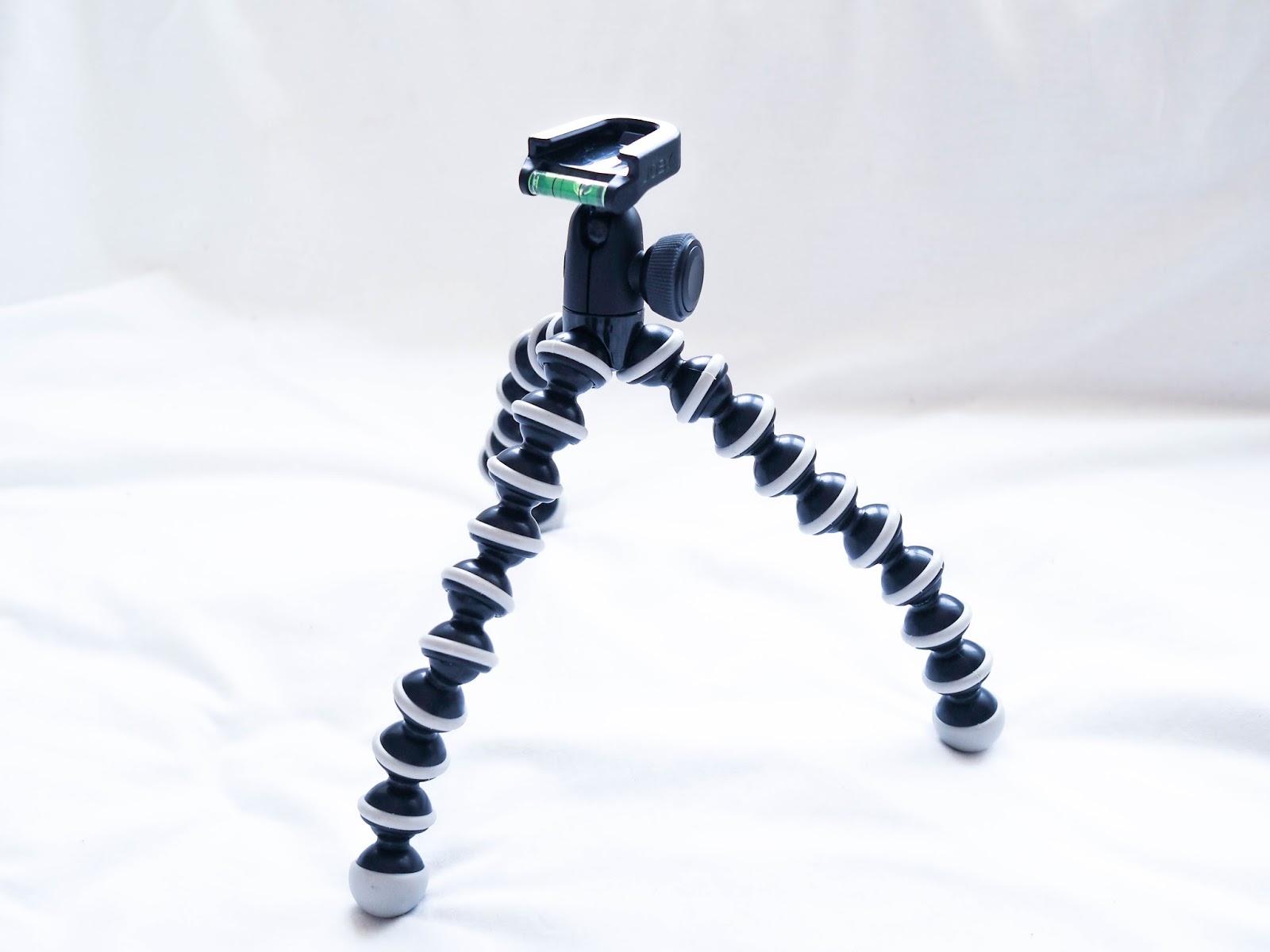 I have two tripods. The first one is a Velbron tripod which I’ve had for a few years now and it does the trick! The only downside is that it’s bulky and heavy, so not very practical for travelling.

My second tripod is one I bought recently called the Joby Gorillapod Hybrid and frankly, it’s kicked my little Velbron’s butt! It’s lightweight and small so I can take it with me wherever I go. The main advantage to this tripod is that it can attach to pretty much anything, meaning wherever you are, you can find somewhere to wrap it around and get the perfect shot. 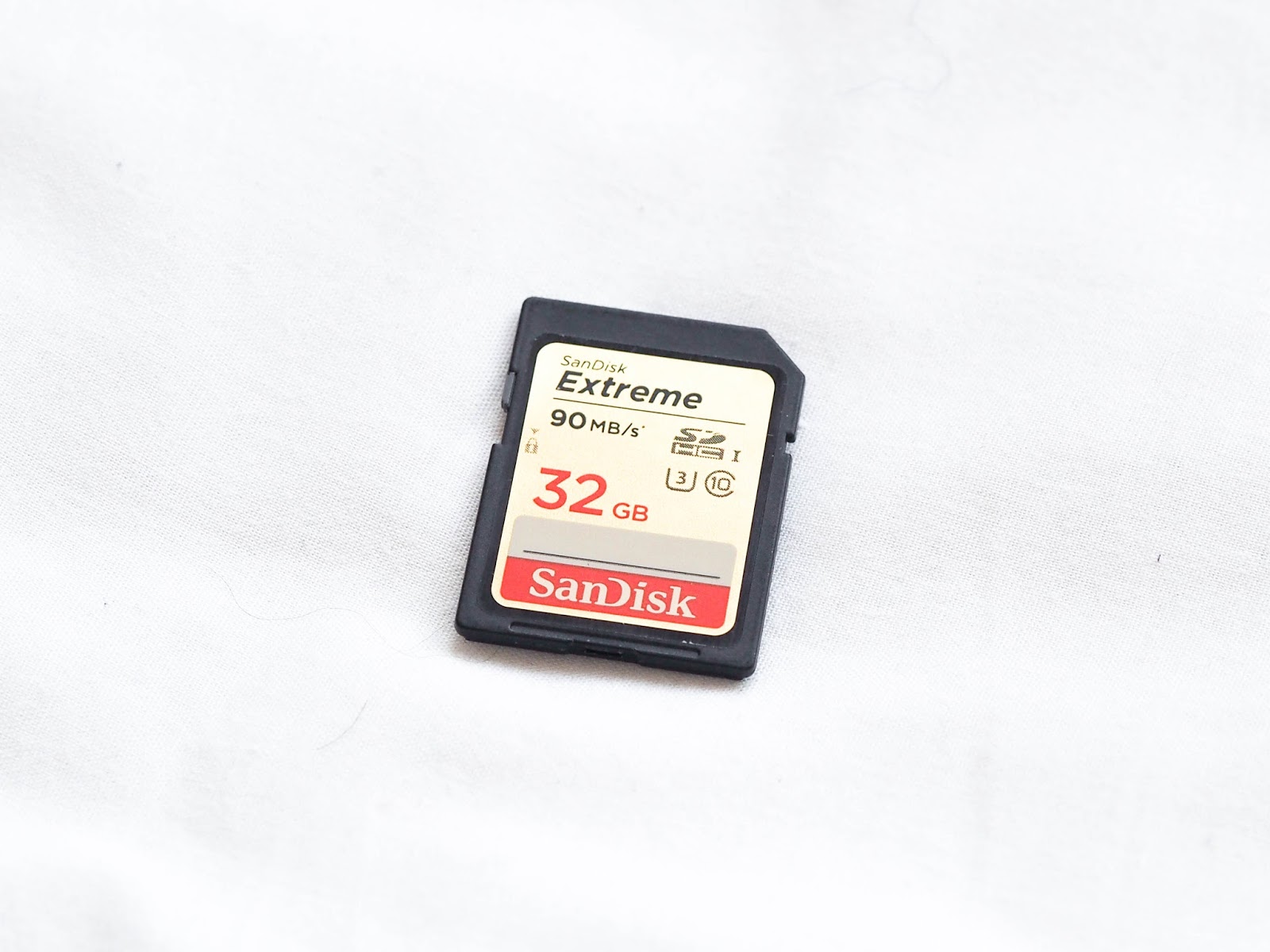 I have two memory cards for each of my cameras, so I don’t have to scramble around trying to switch them over each time. I use the Sandisk Extreme 32GB card for each, which holds a huuuge amount of footage and photos so you never have to worry about having to quickly delete footage to make room!

And that’s it! These are all the bits I’m taking with me on holiday next week to hopefully take some incredible photos for my blog and Instagram and shoot some footage for my YouTube channel.

We have arrived in paradise! Well, we actually arrived last Monday, but it’s taken me until today to drag myself from my sun lounger and open my laptop to share with you our adventures...

What a gorgeous weekend! For the first time in a very long time, the weather timed itself perfectly for those of us enjoying a long weekend. I hope you had a wonderful weekend, whatever...

One of my goals for 2016 was to up my photography game. I had a view in my head of what I wanted my blog to evolve into and in order to get to...