On our first night in Paris, we wanted to go somewhere fabulous.

We were recommended a restaurant called Kong, which supposedly serves the best Asian food in Paris. As soon as I researched the restaurant I recognised it from the last episode of Sex and the City, an American Girl in Paris, where Carrie has lunch with Aleksandr’s ex-wife… 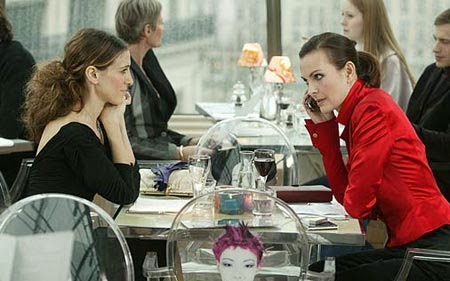 I am Sex and The City OBsessed, so I couldn’t wait!

At the end of my last blog post we had just got back to the hotel after a full day of shopping. With only an hour until our reservation, we run around like crazy getting ourselves ready.

There are two things a night in Paris calls for, an LBD and my Louboutins. To complete my outfit, Tram kindly let me borrow her stunning new Chanel which I guarded with my life (it had it’s own chair at the table). 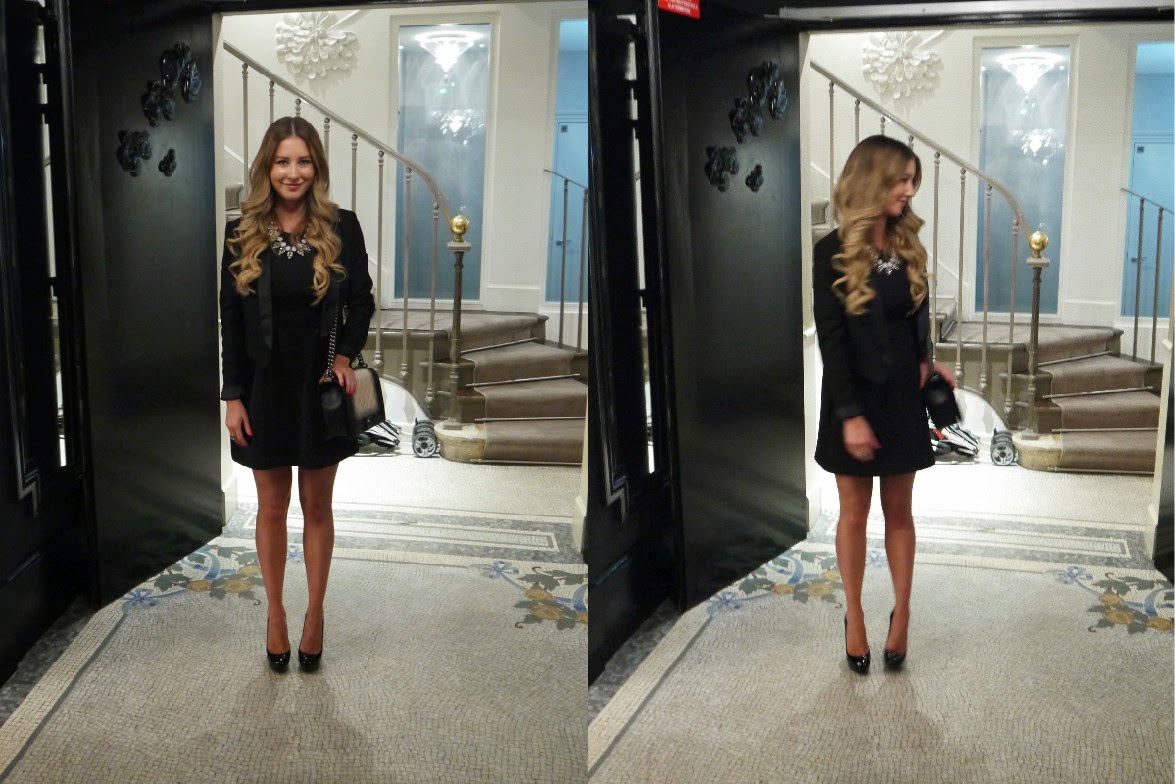 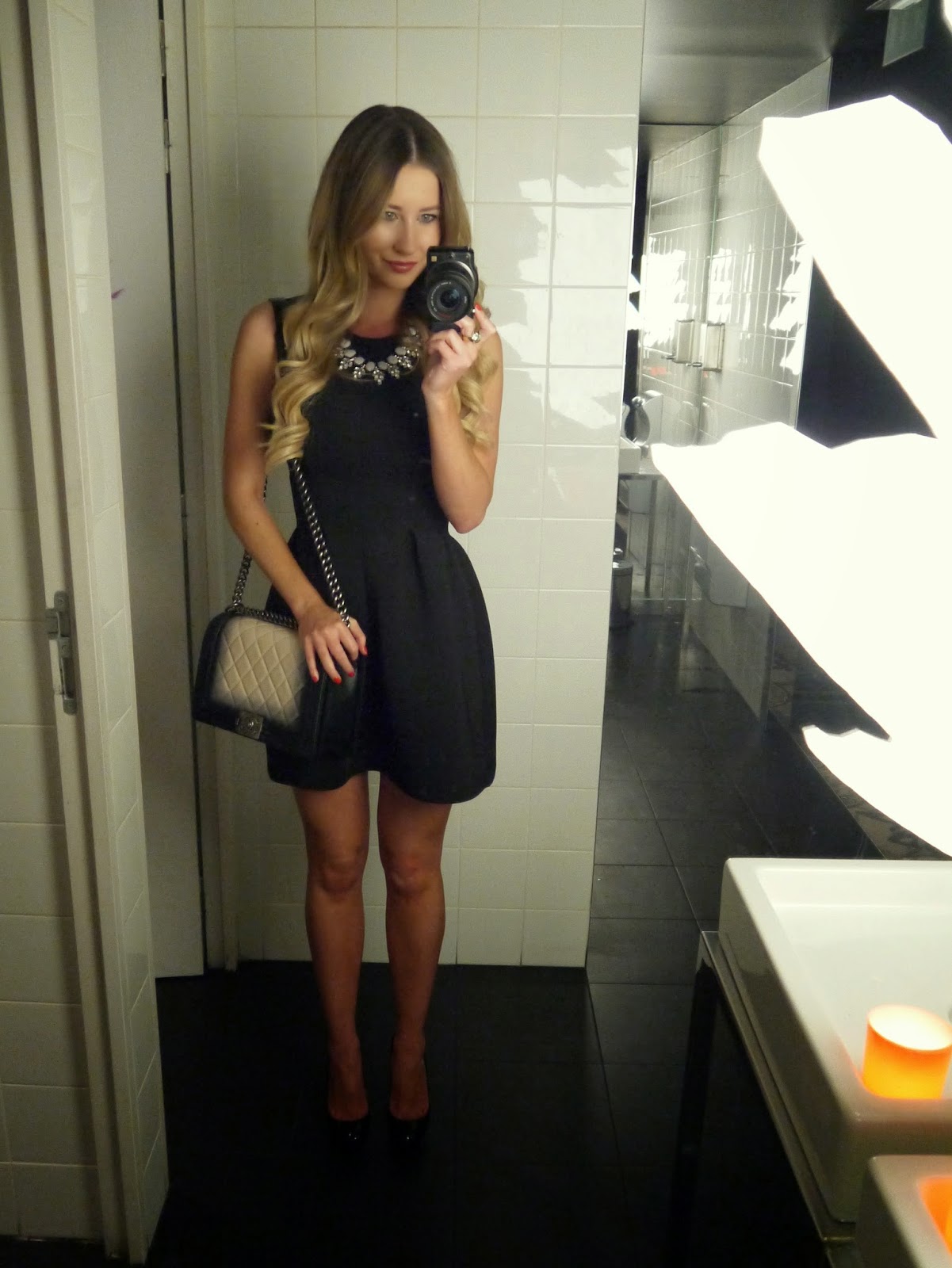 As usual we were running late, so we jumped into a cab and sped to the restaurant which is situated on the other side of the river, in a beautiful part of Paris. It’s sat opposite the grand Louis Vuitton headquarters. 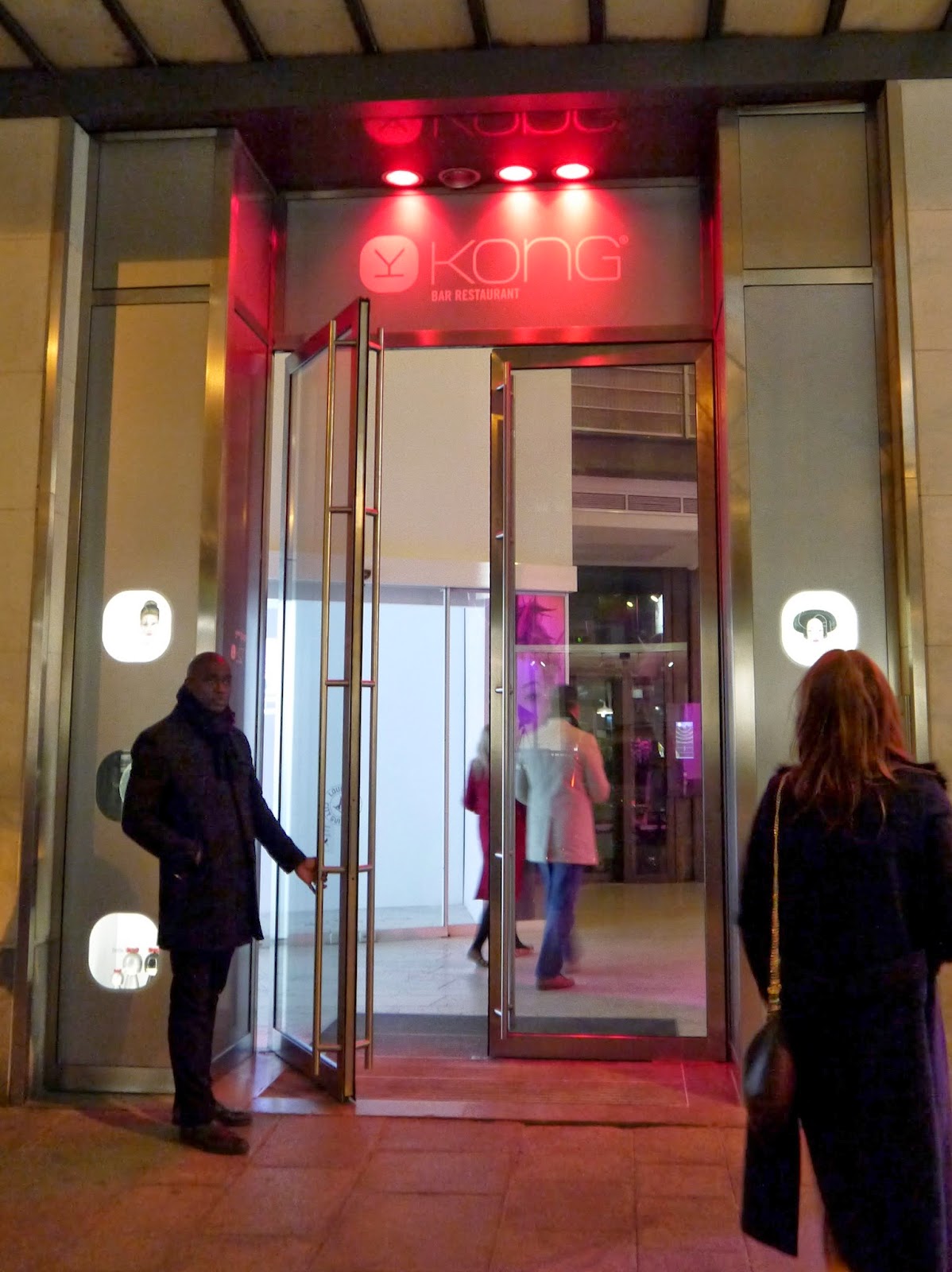 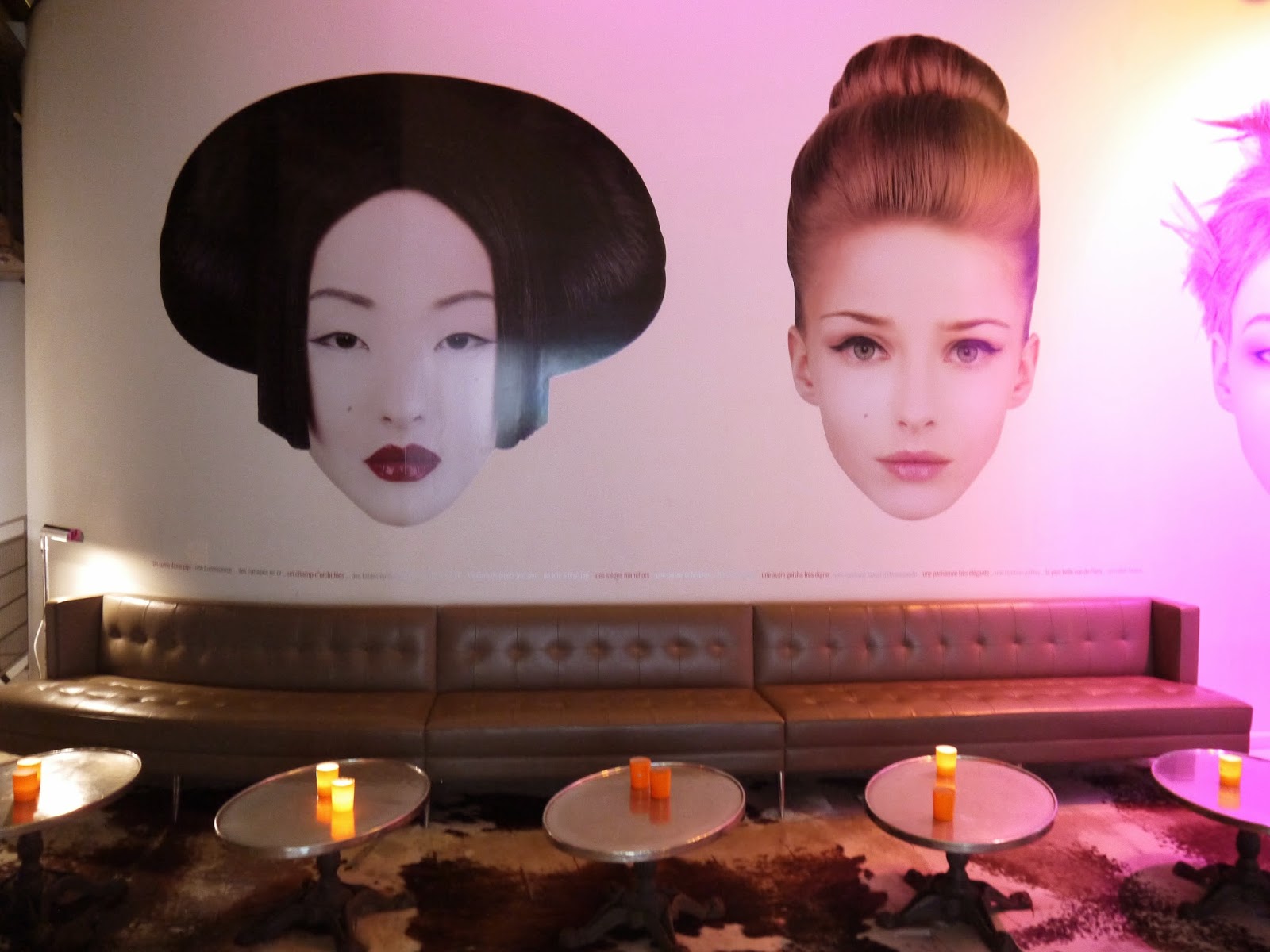 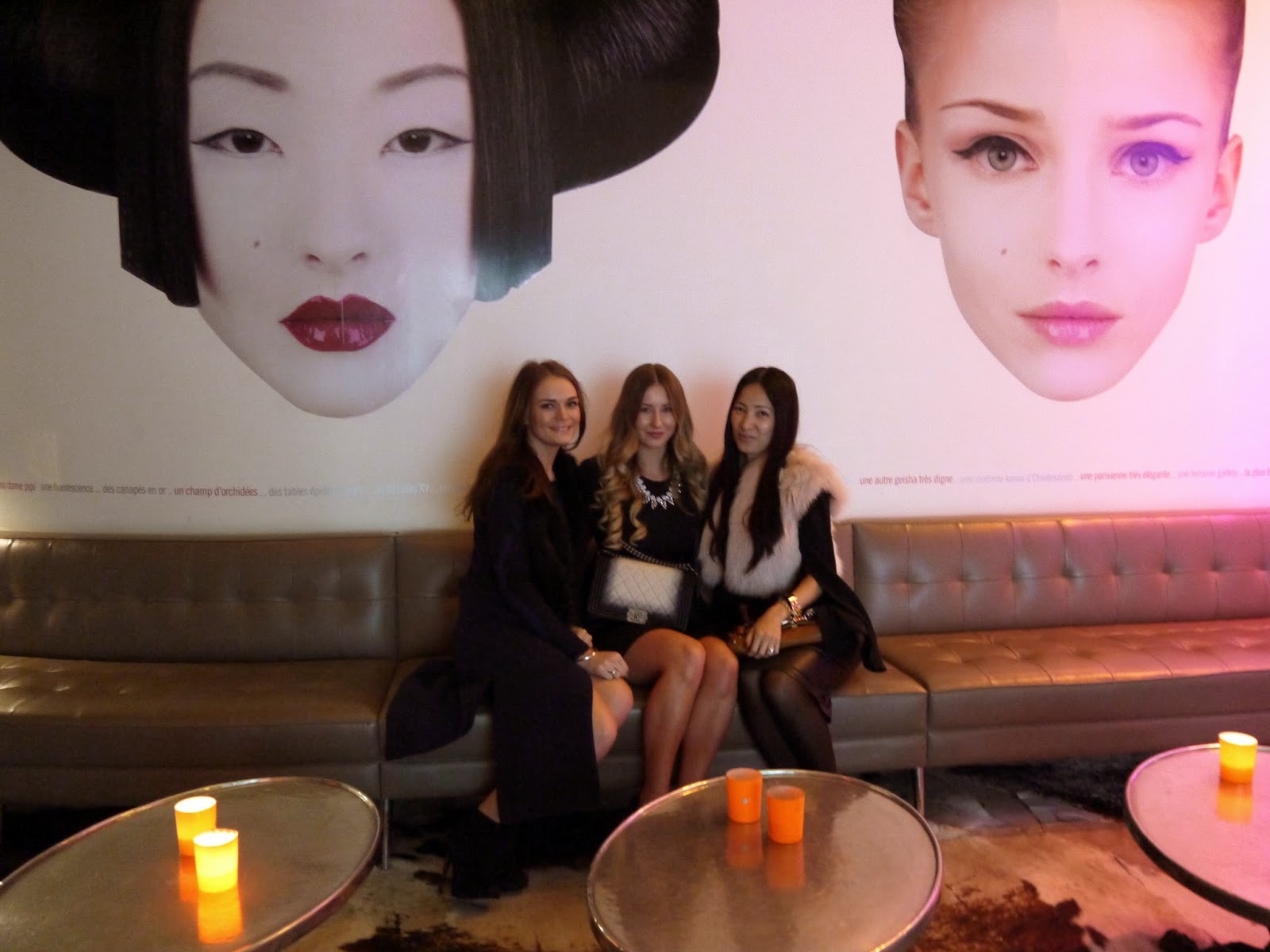 The restaurant itself is located on the top two floors of Kenzo’s main office, overlooking the Seine. We were led up a florescent green winding staircase and greeted at the top by the most stunning rooftop glass dome.

The ultramodern decor was designed by French designer Philippe Starck, whose vision is very Paris meets Tokyo. The interior reflects that of The Sanderson Hotel in London, which he also designed, along with many other venues around the world. 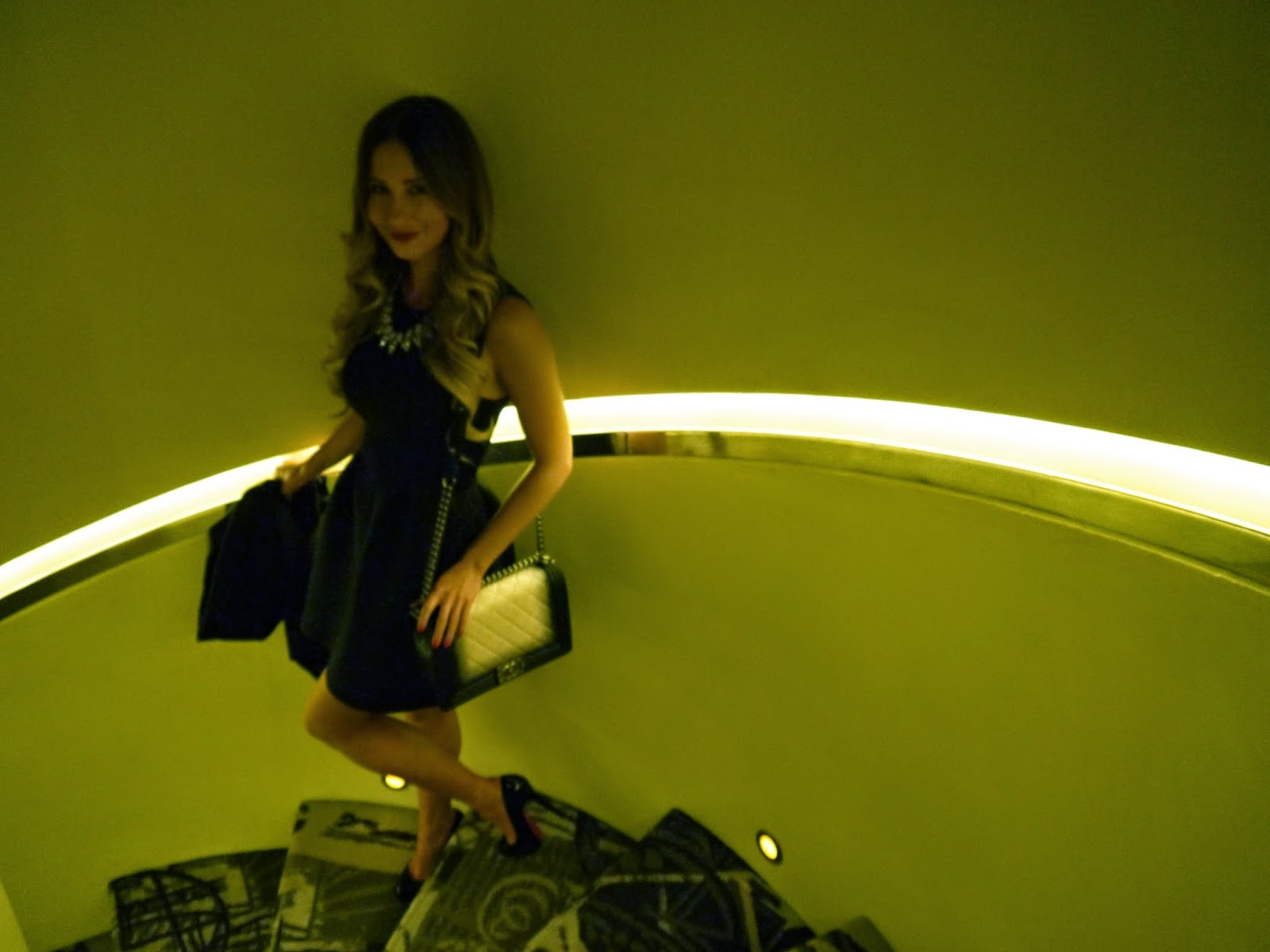 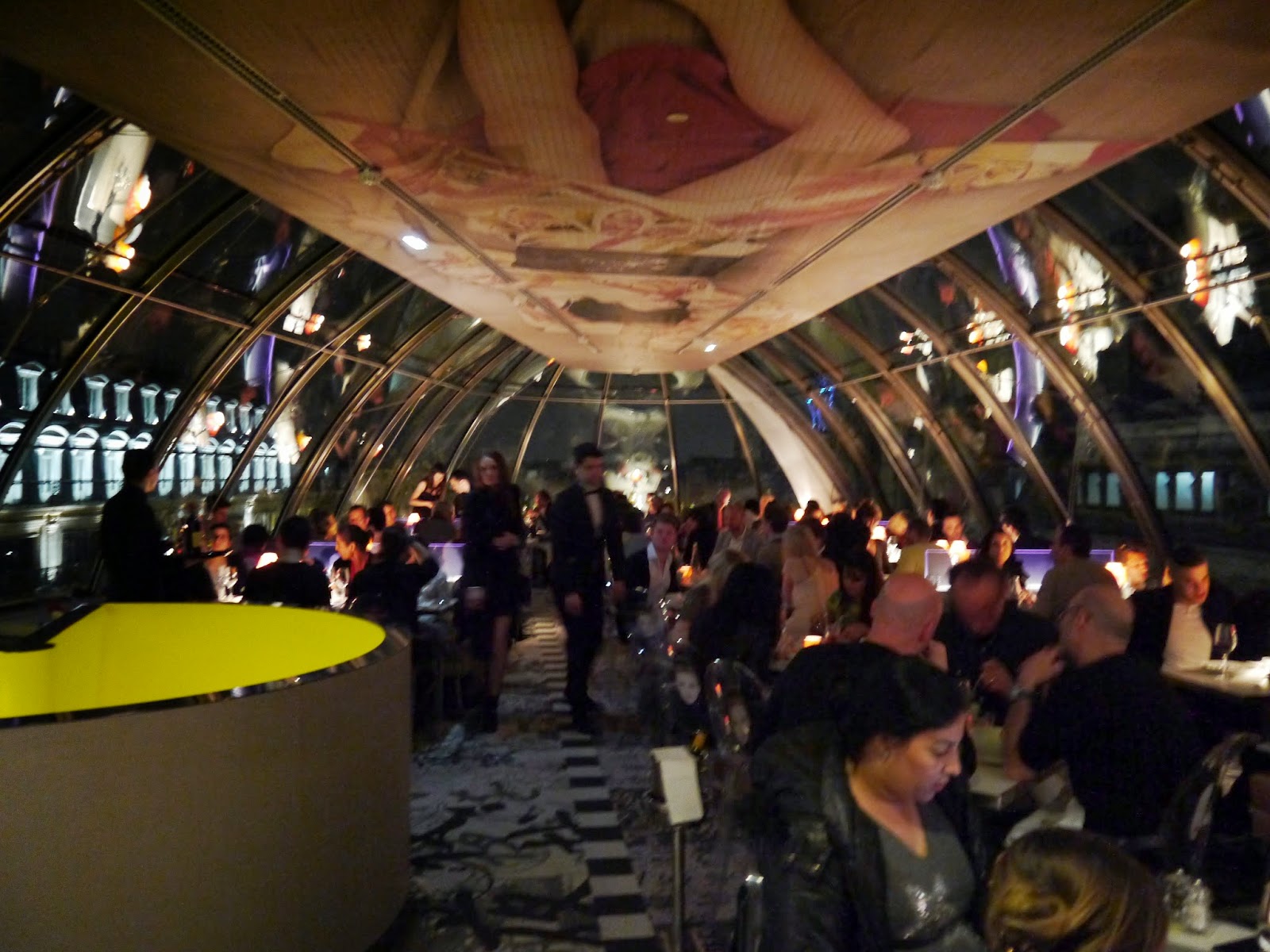 We were led through to the very back of the restaurant and were seated at our table, where we couldn’t help but admire the view.

The restaurant boasts a lively atmosphere, with an ultra chic, glamorous crowd. The waiters and waitresses all looked like models and were extremely friendly, immediately making us feel welcome even though we didn’t speak much French. 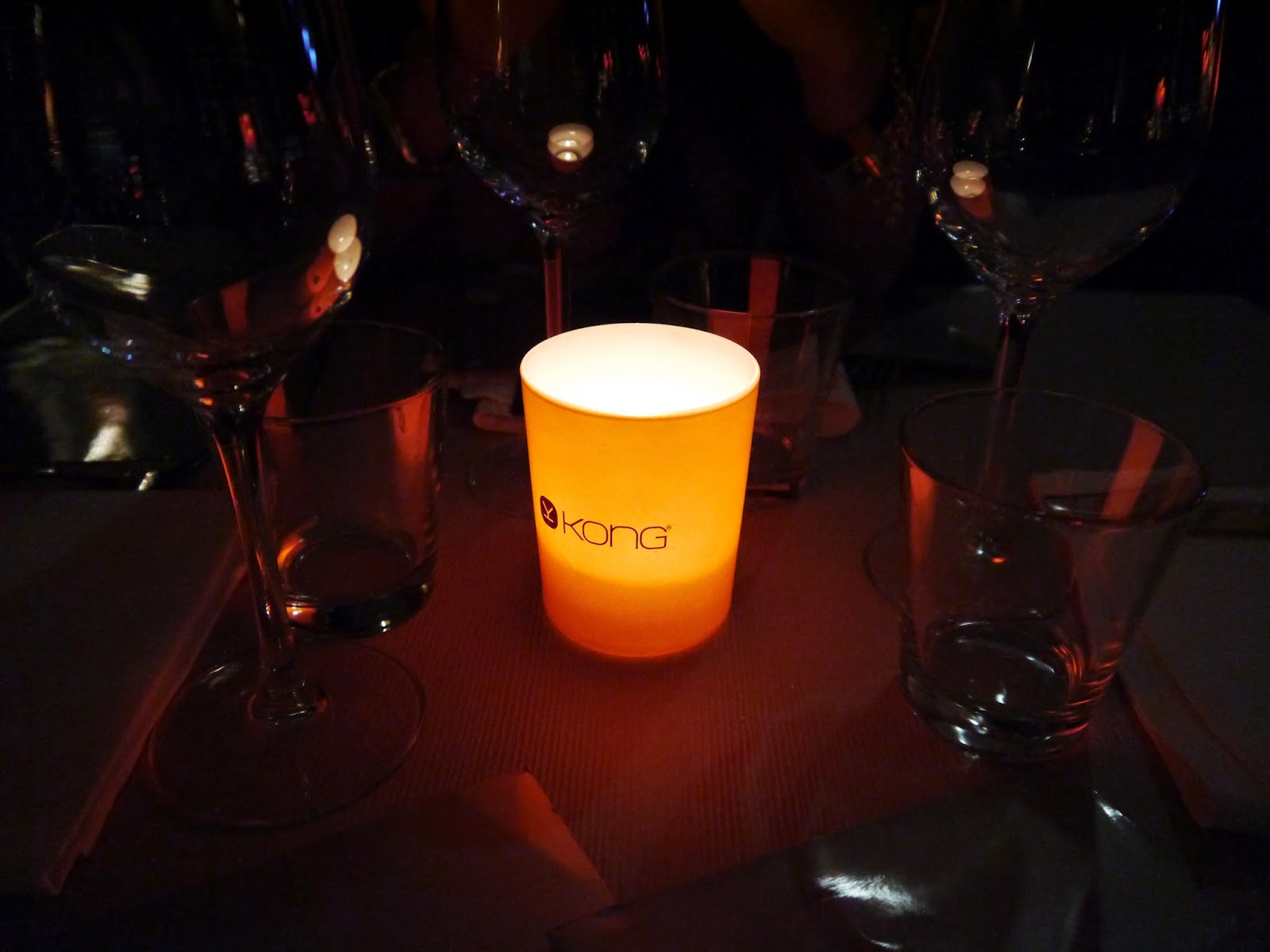 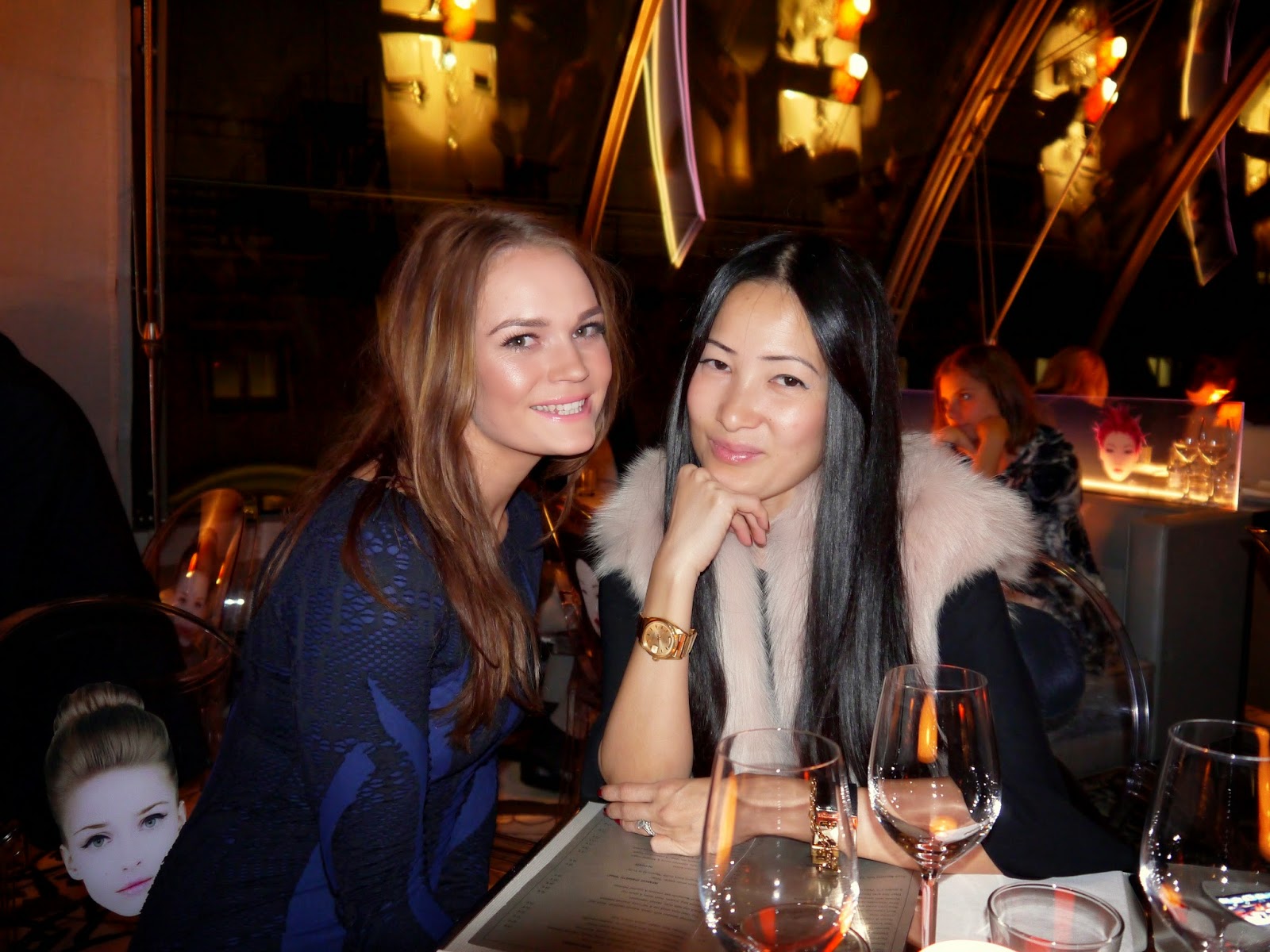 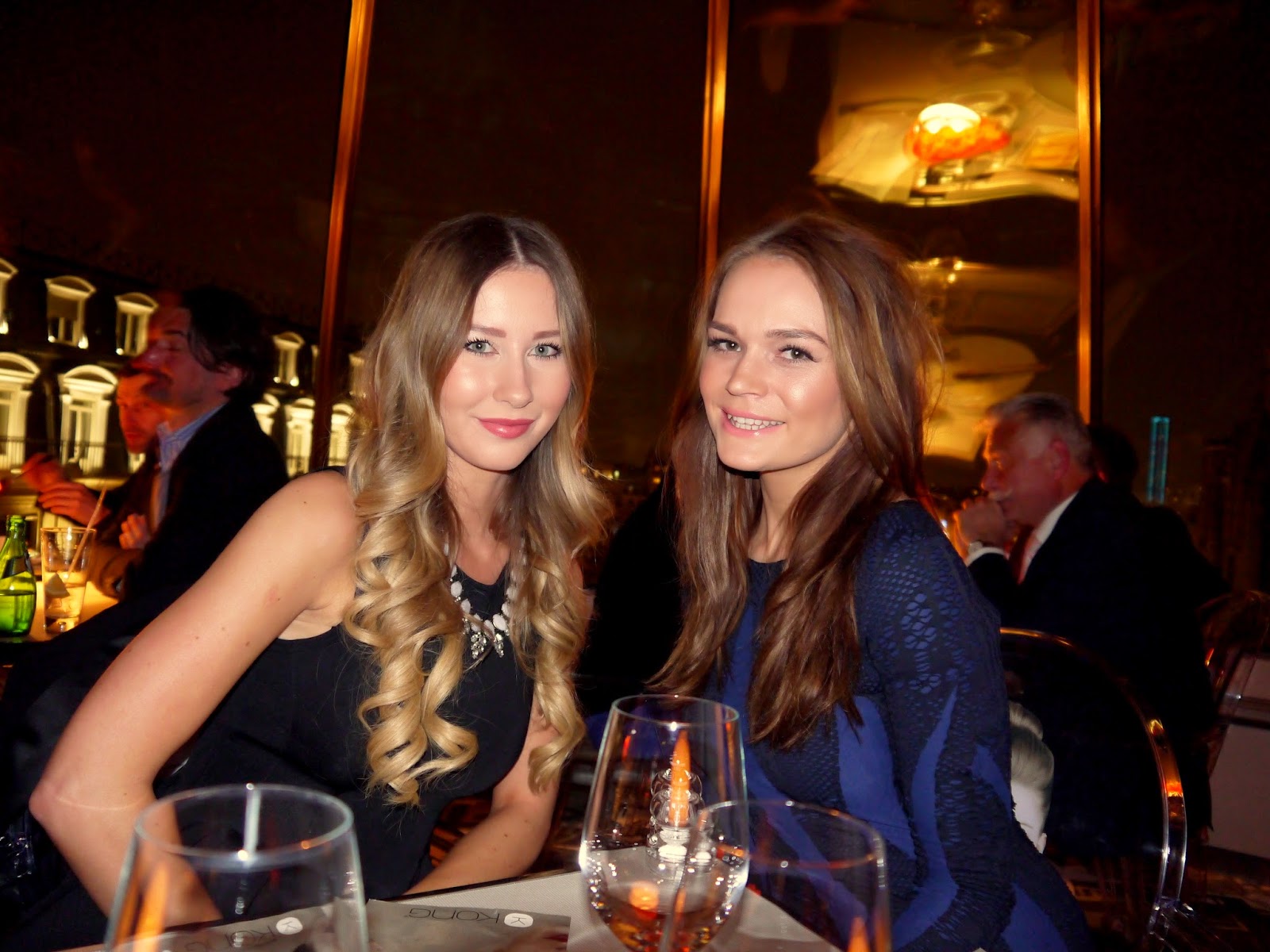 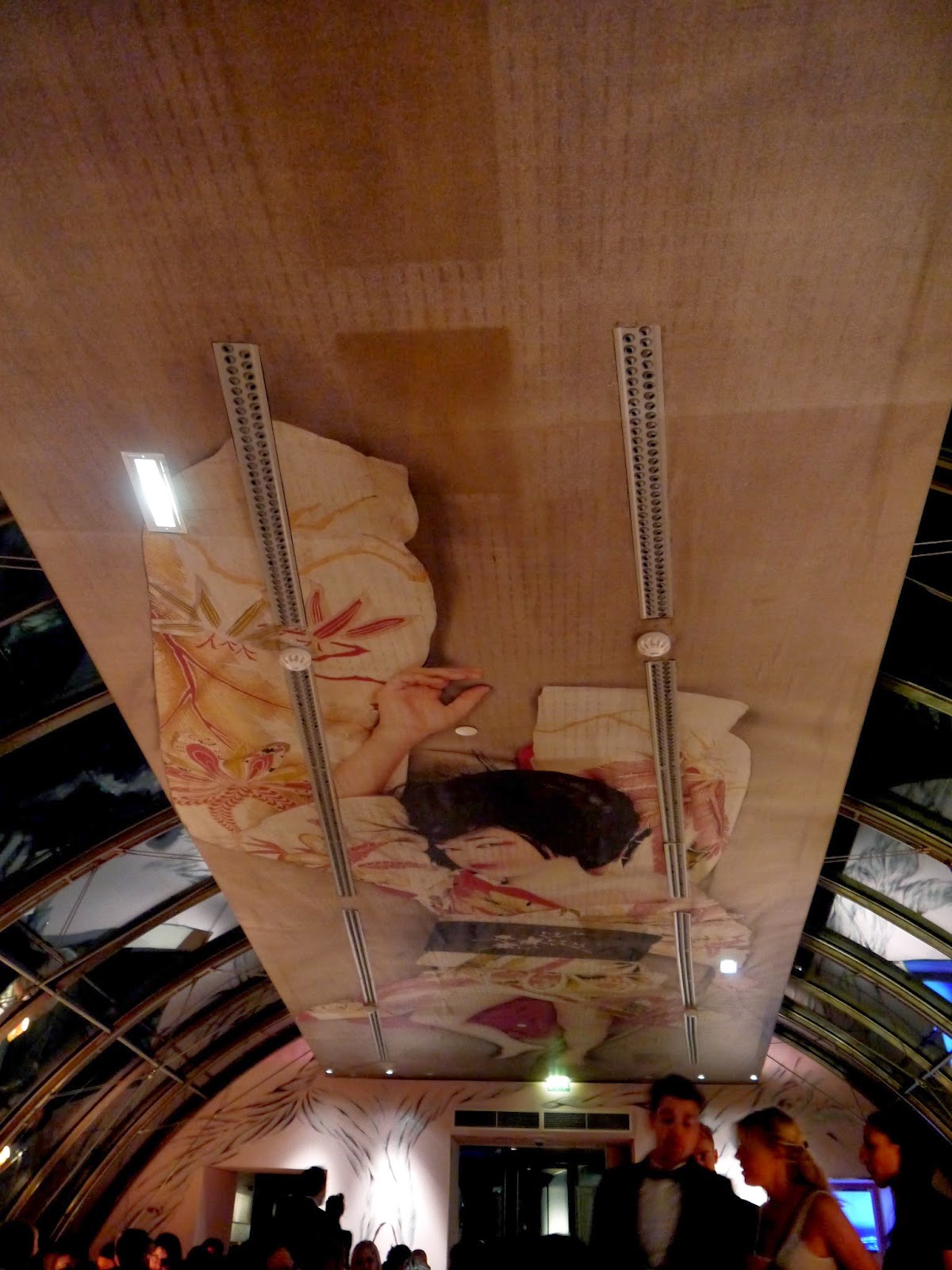 Our waiter told us we were seated at the very same table Carrie Bradshaw sat when SATC was filmed, and he guessed exactly what cocktail I was going to order…a Cosmo! How could he tell?! 😉 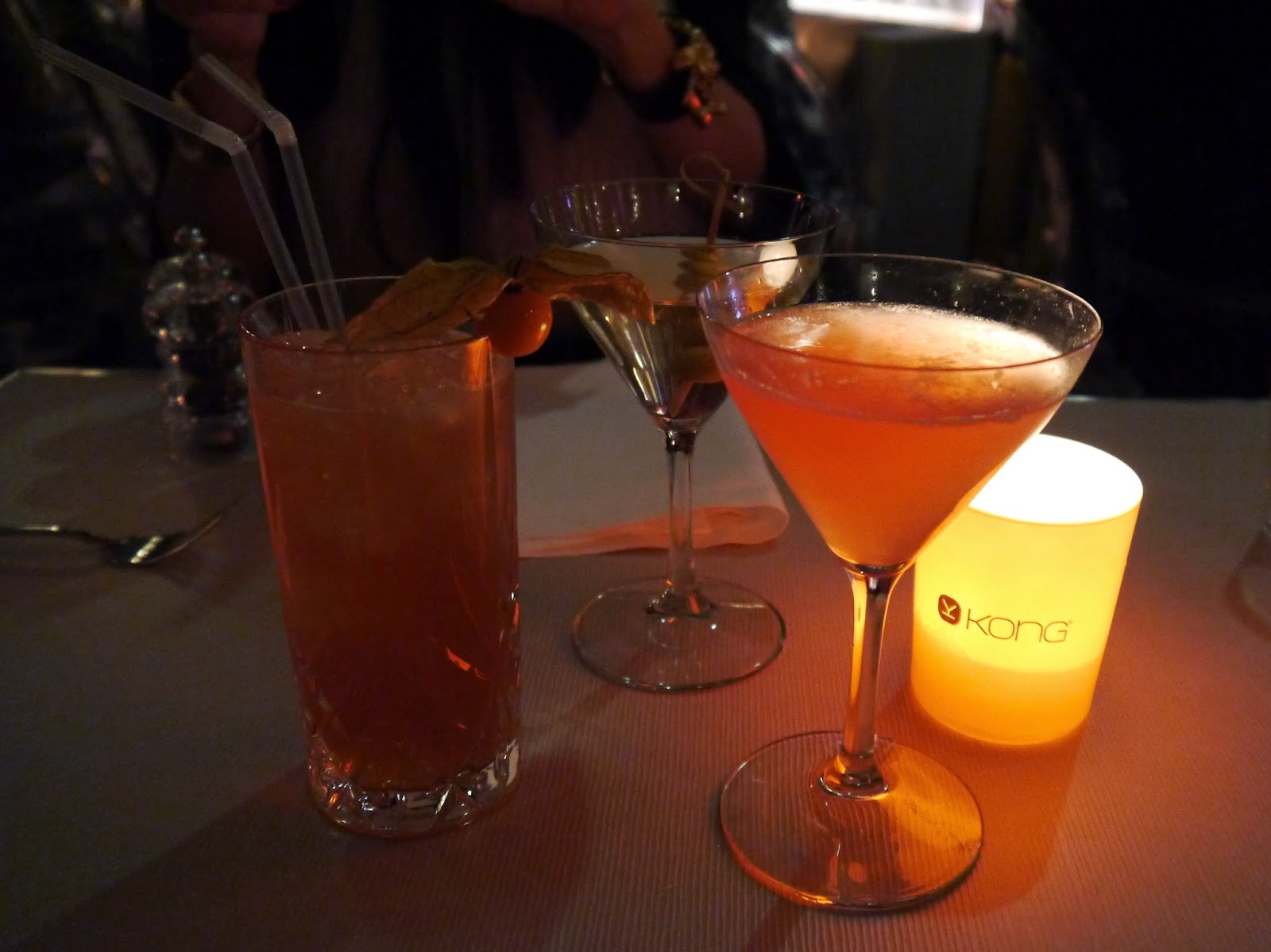 The menu was so appealing that we couldn’t decide on a starter each, so ordered the mixed platter to share. I could have eaten endless amounts of the incredible food served on this platter, especially the salmon sushi which was hands down the most delicious sushi I’ve eaten in my life. 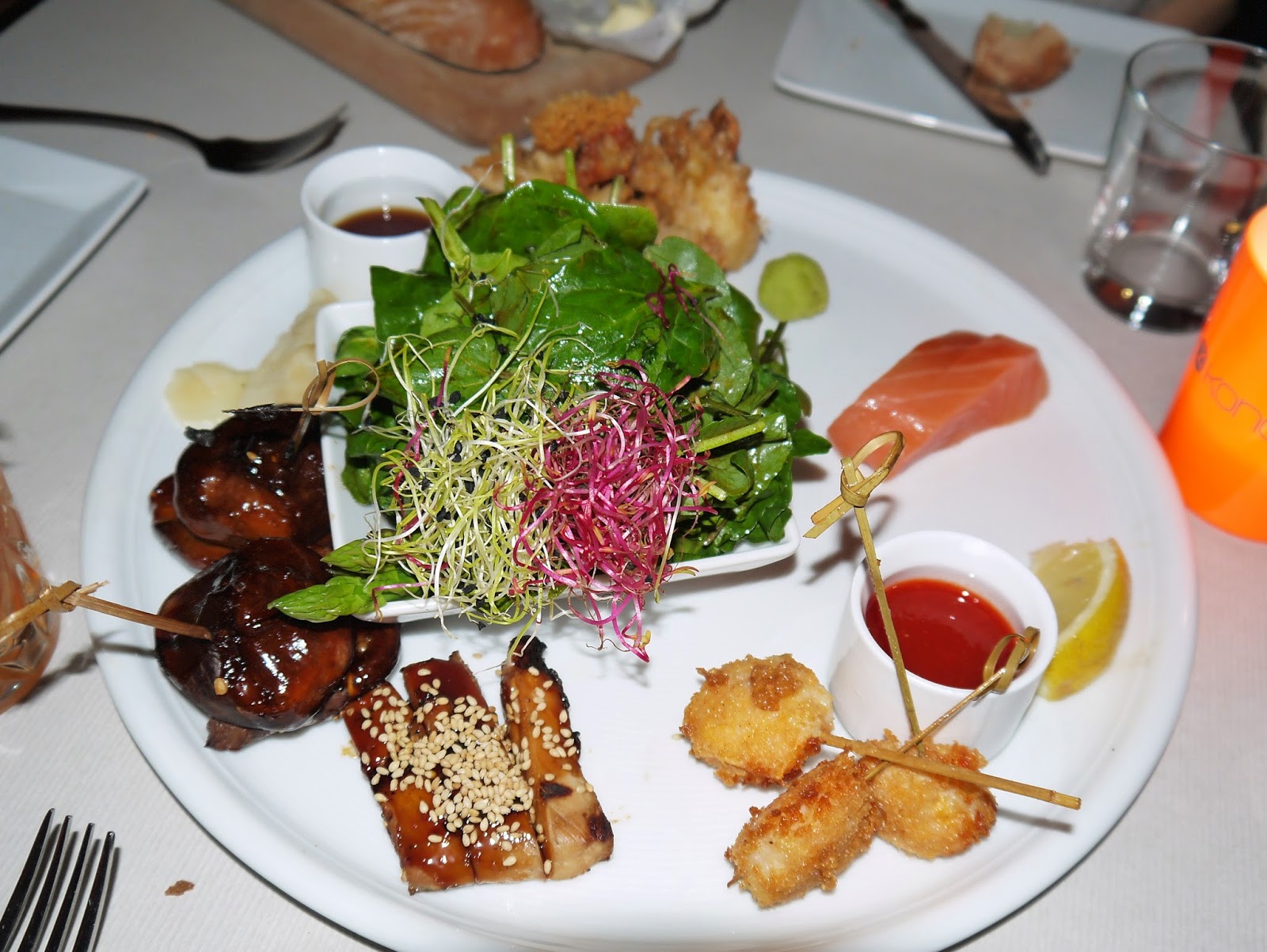 I ordered black cod for main, which was served with roasted vegetables and sticky rice. The black cod melted as soon as I put it in my mouth. It’s one of those dishes you never want to end! I couldn’t fault it. 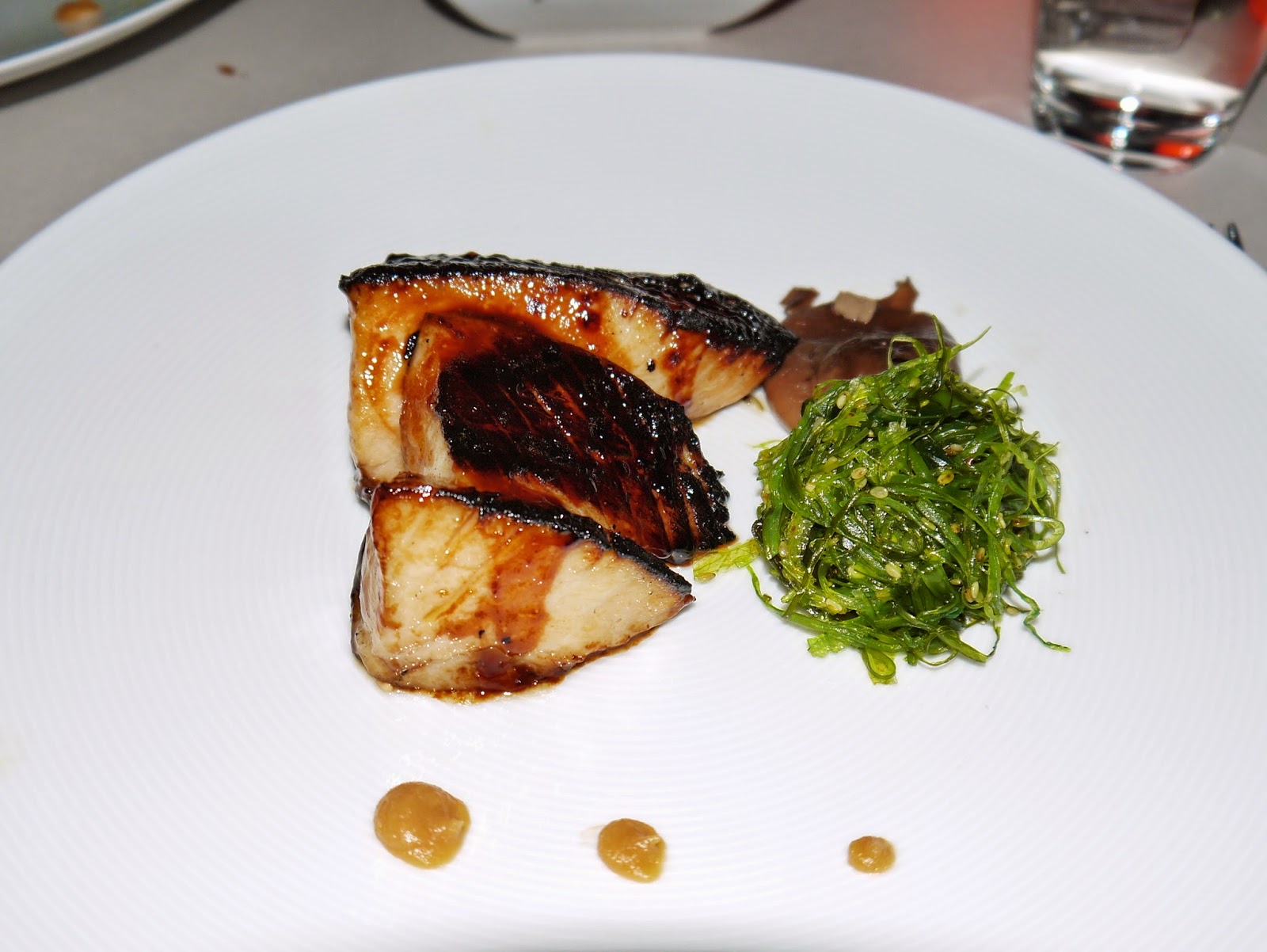 We stayed for a few extra cocktails at the bar before leaving feeling full and slightly tipsy! 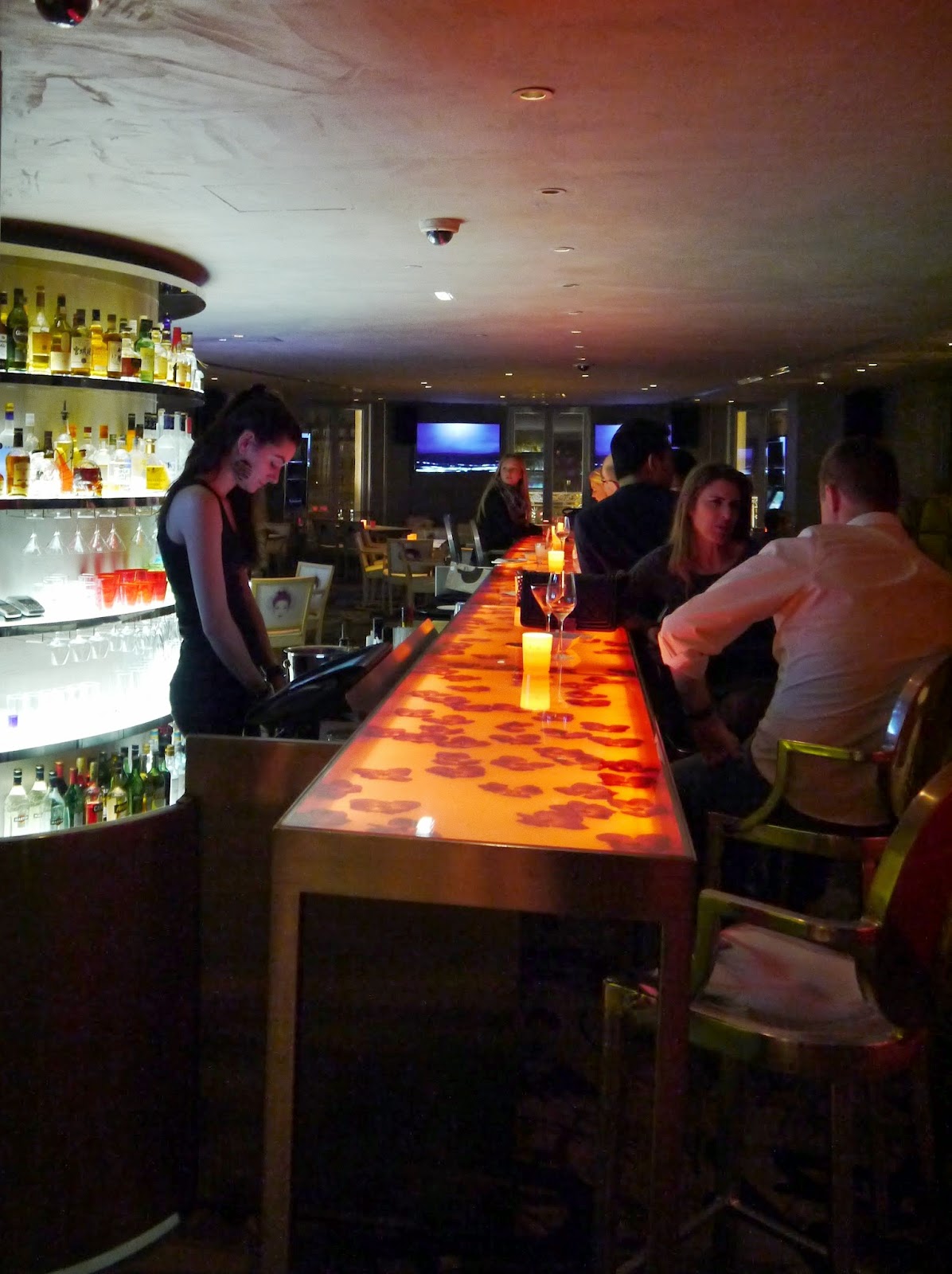 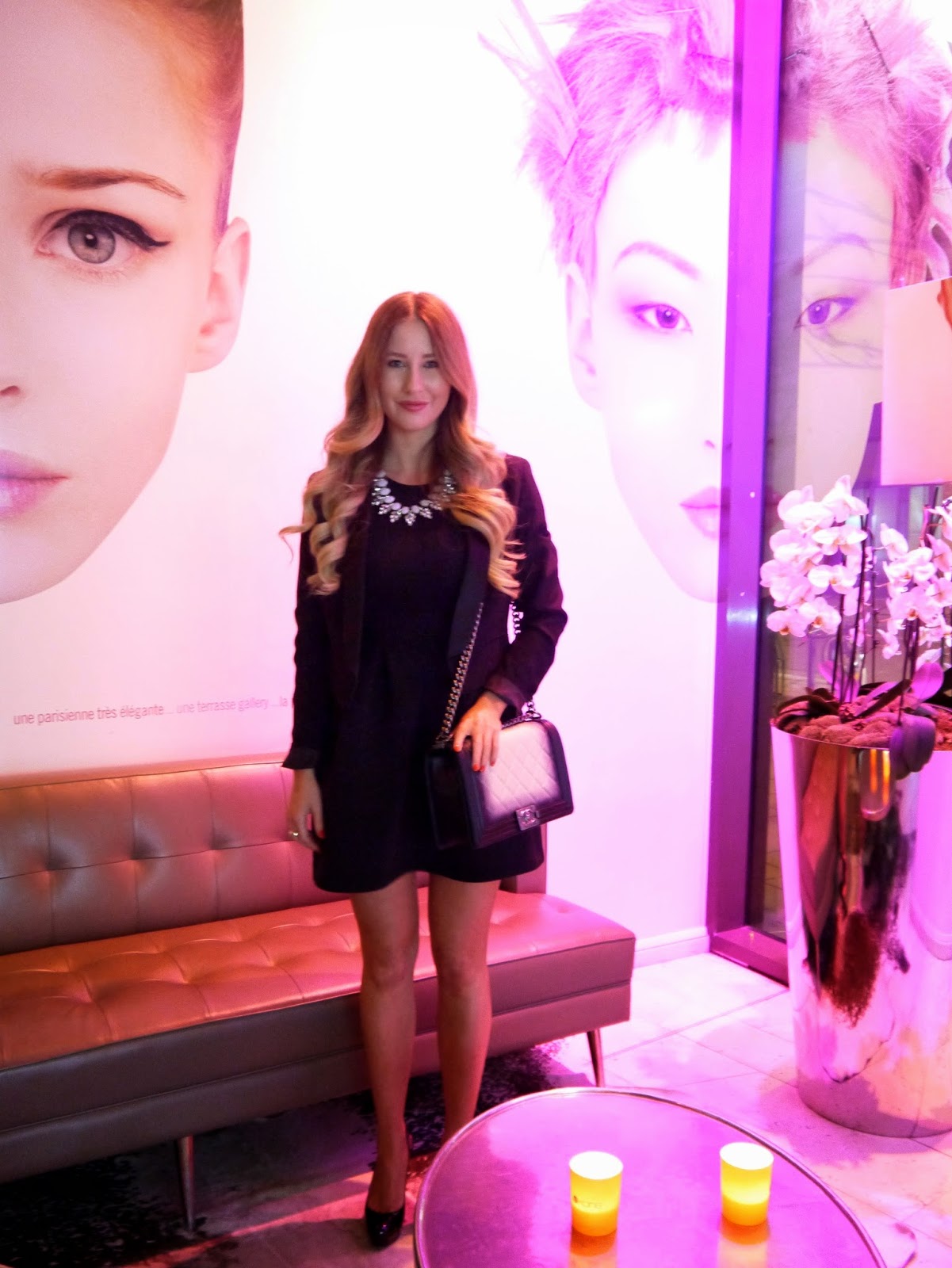 Paris is gorgeous during the day, but after dark I realised why it’s known as the “City of Light”. From the glistening rivers to the illuminated squares and monuments, every corner turned we discovered another beautiful sight.

My favourite sight of them all, was the Eiffel Tower at night. Okay, I know I am being a total tourist, but it’s truly magnifique! I adore it. 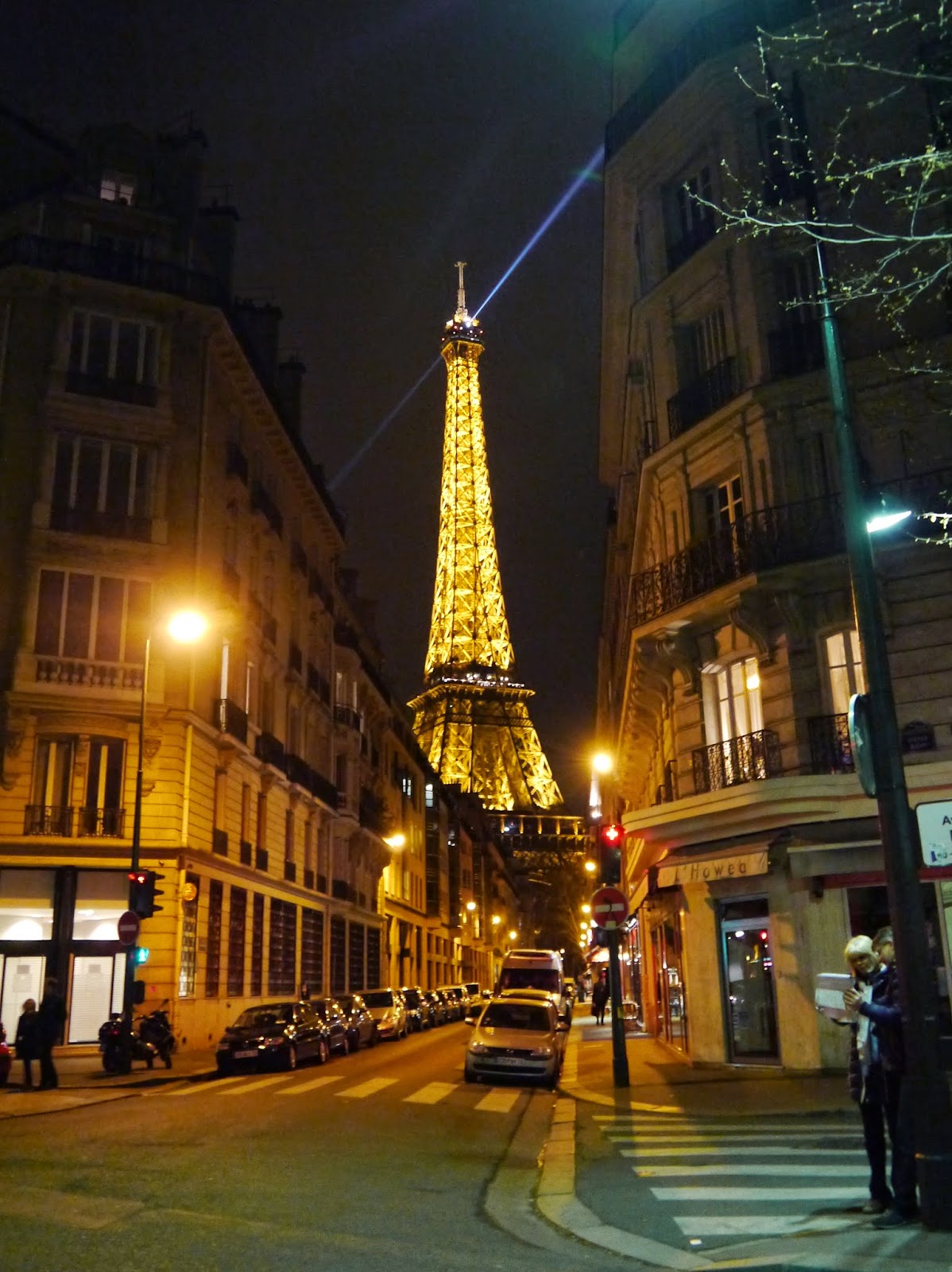 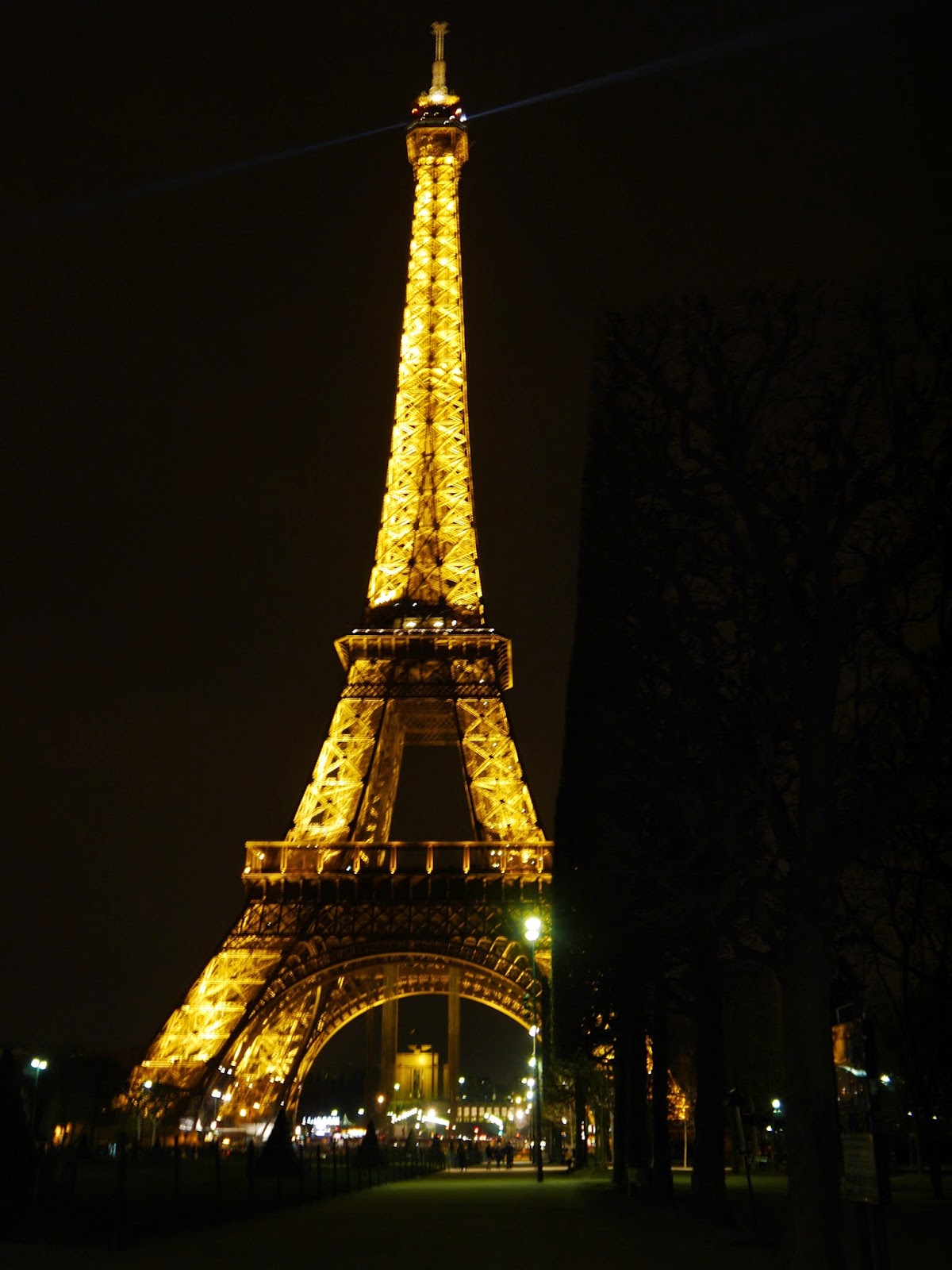 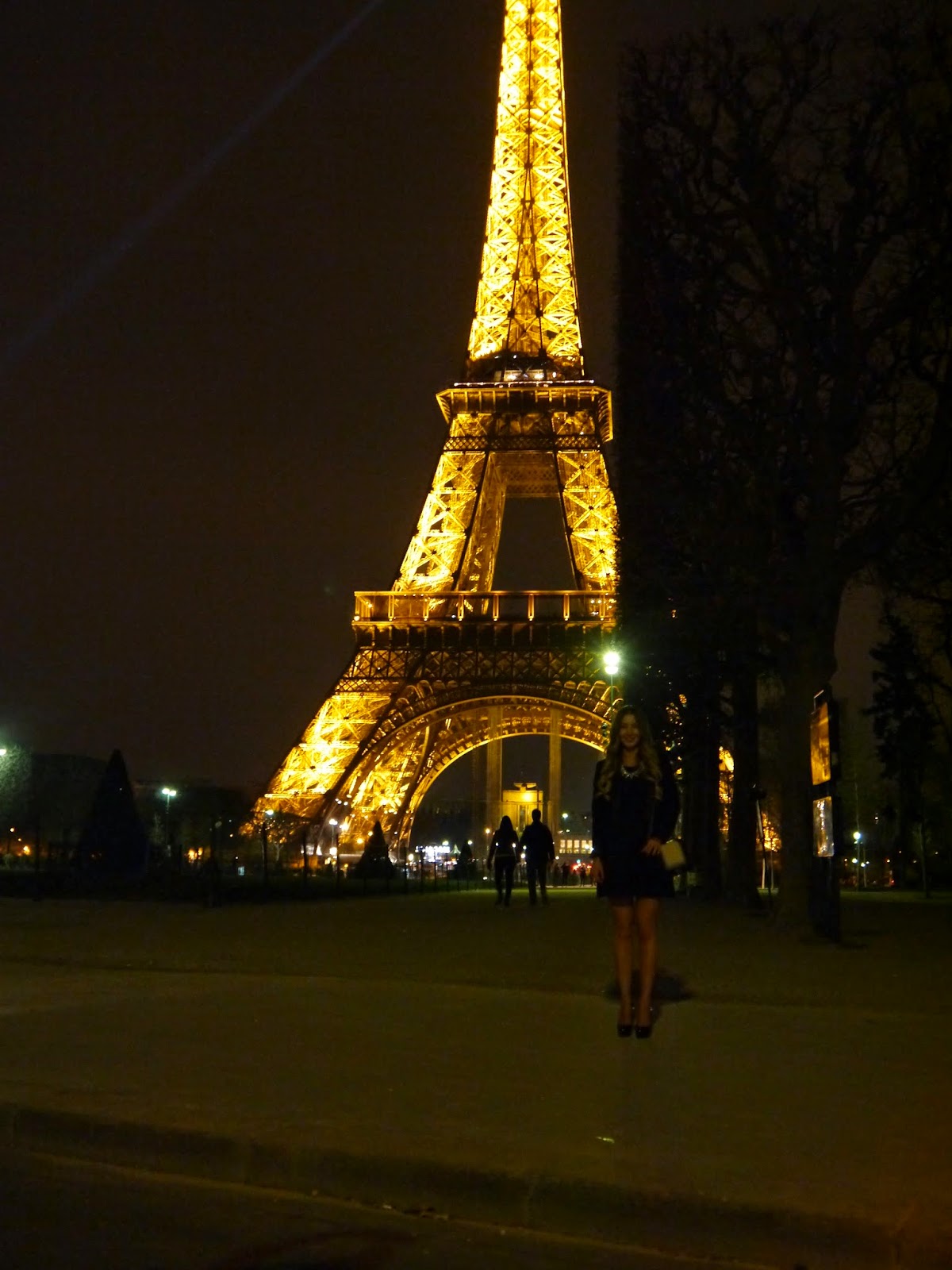 Incredible food, friends and cosmos…my first evening in Paris could not have been better!

Even though I was full from our delicious meal, being the foodie that I am, I slipped into bed and fell asleep dreaming of the brunch reservation we had scheduled for the following morning… 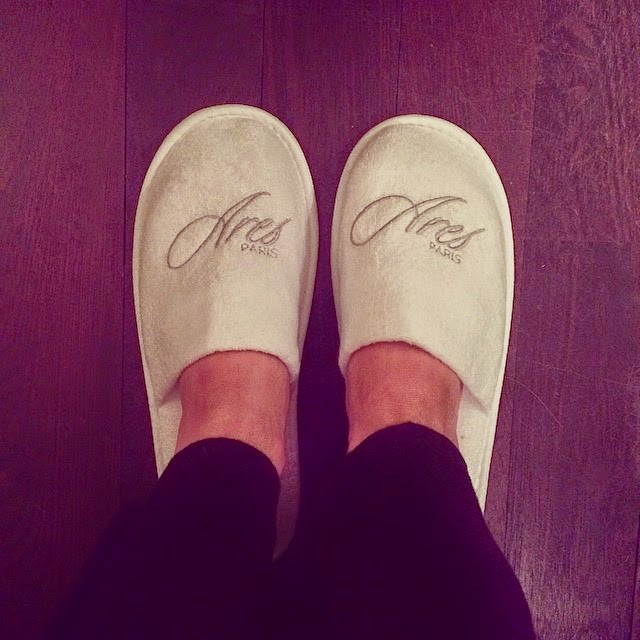 We awoke the following morning feeling surprisingly fresh and ready for a full day exploring Paris. That may have had a little something to do with our rather long lie in, so long in...

After a painful 4am wake up call and short trip on the Eurostar, we arrived in Paris! As soon as we stepped out of the train station, we were hit by the glorious sunshine...

I am at my happiest when I’m browsing around Selfridges department store, especially at Christmas. Wandering from floor to floor making sure I don’t miss a thing. For this reason, you could imagine my...